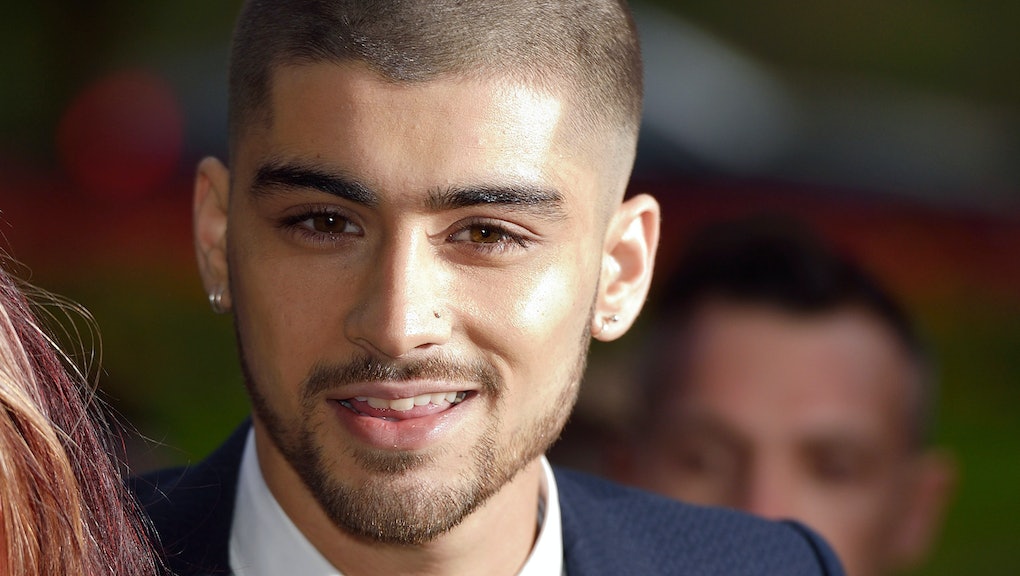 Unable to find solace in any earthly explanation for Malik's departure, one questioner turned to a hologram of the physicist at a lecture in the Sydney Opera House on Saturday night. "What do you think is the cosmological effect of Zayn leaving One Direction and consequently breaking the hearts of millions of teenage girls across the world?" the moderator asked, reading a submitted question in a befuddled tone. Hawking's response was perfect:

"Finally, a question about something important," he began.

"My advice to any heartbroken young girl is to pay close attention to the study of theoretical physics," Hawking answered. "Because one day there may well be proof of multiple universes."

"It would not be beyond the realms of possibility that somewhere outside of our own universe lies another different universe," the physicist added. "And in that universe, Zayn is still in One Direction."

Hawking has made a career out of bringing some of the deepest questions in theoretical physics to the public. This is, perhaps, his strongest play — he took a silly if earnest question and turned it into an easily grasped discourse on the multiverse. It's a move that clearly shows both Hawking's charm and his genius.

And even if there isn't still a five-member-strong version of One Direction here in our universe, the possibility of it still existing is quite exciting. Though Malik seems well-positioned for a solo career, Hawking's theory opens an even more exciting possibility than a reunited 1D, which he let loose at the end of his response:

"This girl may like to know that in another possible universe, she and Zayn are happily married."