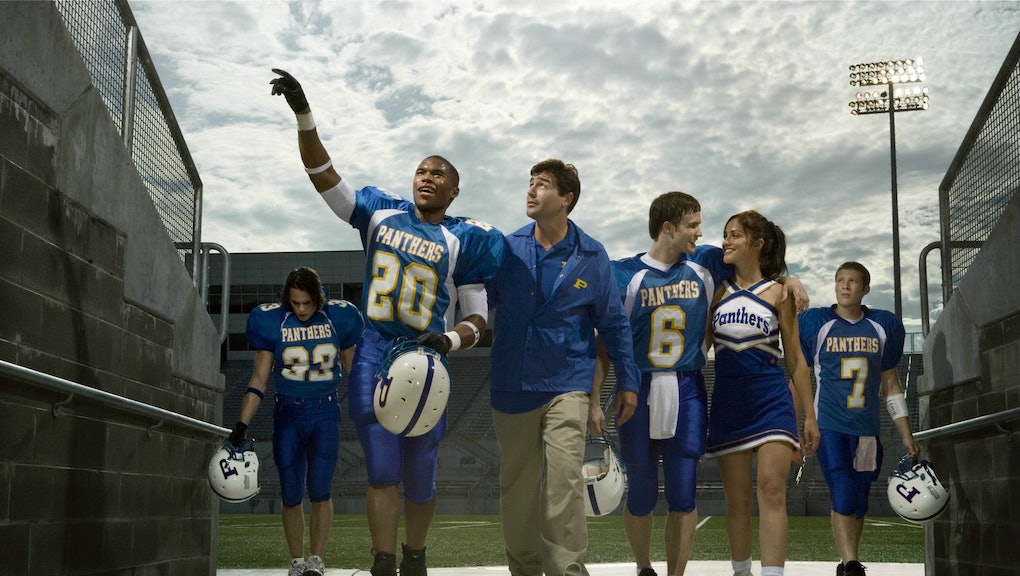 Think you can guess what the most popular show set in each state is? Guess again.

While there are some obvious picks — Friday Night Lights for Texas, Nashville for Tennessee — more than a few series representing their states are surprises. The most popular show set in Nevada isn't about gambling, but forensic work in CSI: Crime Scene Investigation. The Montana representative is a little-remembered Nickelodeon show called Caitlin's Way. And the canceled-too-soon Freaks and Geeks gets its comeuppance by standing for Michigan.

Each state's representative show was chosen based on IMDb ratings for series with over 5,000 votes. If no series from the state reached that threshold, we simply selected the highest-rated series. No series that debuted in the last year was included — sorry, Daredevil, but you can't represent New York until you've withstood the test of time.

Only one series has the name of the state in the title, and that's New Hampshire's The Brotherhood of Poland, New Hampshire. However, there are five shows that feature the name of a real-life city in the title: Nashville, Boston Legal, It's Always Sunny in Philadelphia, Fargo and Deadwood.

Speaking of Fargo: Like on this movies map, Fargo represents two states: Minnesota, where most of its action takes place, and North Dakota, where the city of Fargo is located.

You didn't actually look at the movie map by mistake: Three series were based on previously existing movies. The first is the animated adaptation of Napoleon Dynamite, while the second is, once again, Fargo, and the third is Friday Night Lights. An additional series, South Park, got a film version after its debut (South Park: Bigger, Longer & Uncut).

The highest-rated series on this list is Breaking Bad. The Wire comes in at number three on the all-time list, while True Detective and The Sopranos also make the top ten.

One more Fargo fun fact: Both it and True Detective received accolades and helped usher in the hot new anthology series format. Yet that very thing will be their undoing: Neither series is returning to the state it represents next year. Fargo is moving to South Dakota, while True Detective is heading west to California.

Several series are set in fictional cities within their states, including Twin Peaks, Jericho and Once Upon a Time. Friday Night Lights, unlike its film version, is set in the fictional Dillon, Texas.