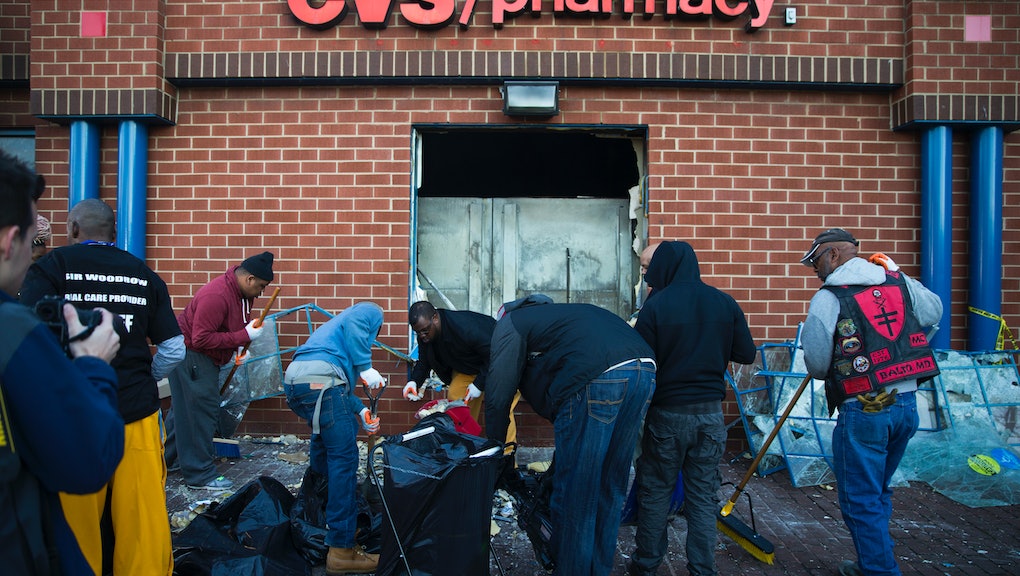 While the mainstream media continues to scare people with footage of "thugs" rioting in Baltimore, one viral image uploaded to Twitter is turning that narrative on its head.

The poignant image, which quickly went viral, provides further evidence that while the media has focused on a small minority of violent protestors, there are still plenty of peaceful Baltimoreans on the streets. Those people are only hoping to express their just grievances about the suspicious death of 25-year-old Freddie Gray while he was in police custody on April 19.

On the ground in Baltimore, scenes unfolded of a community rebuilding from a tragedy and trying to prevent new ones. Strangers swept the street, and older members of the community used dialogue to reason with hot-headed protesters. Police wisely took a step back, with law-enforcement calling on families to take responsibility for their young ones.

The photo harkened back to photographer Bernie Boston's iconic 1967 image "Flower Power," in which activists used flowers to protest American involvement in the the Vietnam war.

Whether it's a bottle of water or a carnation down the barrel of a gun, the power of kindness and nonviolence drives a message far more than looting a CVS. Building relationships between police and the communities they serve is the only hope the United States has for putting tragedies like Freddie Gray's death, and the unrest they cause, behind it.