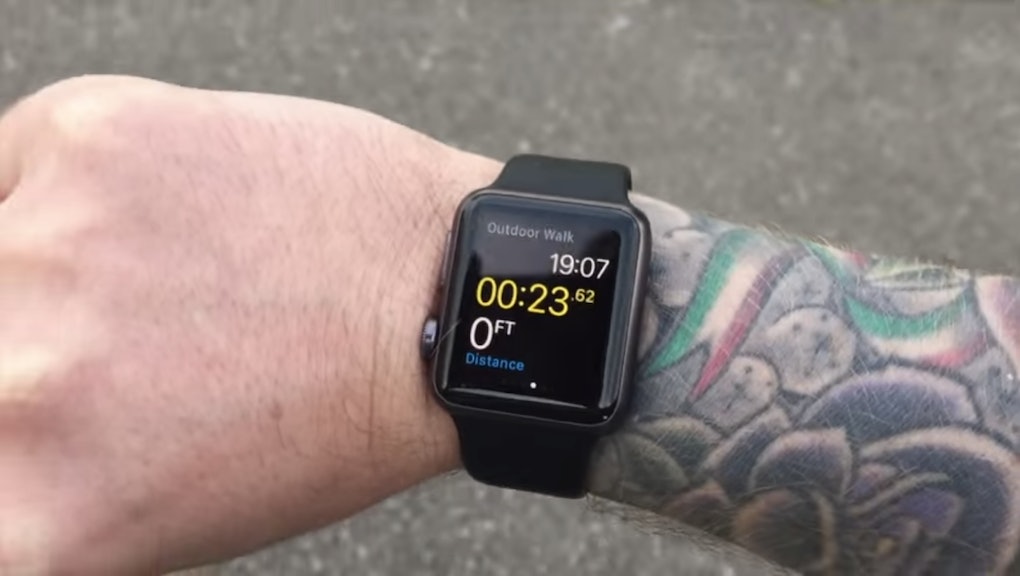 Apple May Have Another "Bendgate" on Its Hands, and It's All Thanks to Tattoos

In September, a few weeks after Apple released the iPhone 6 and 6 Plus, the fanfare was interrupted by the now infamous "Bendgate" — users claiming their new phones were bending in their pockets. Now, almost like clockwork, the hysteria is bubbling up again over the Apple Watch, and this time tattoos are the culprit.

In what some are dubbing "Tattoogate," Apple Watch users who have wrist tattoos are reporting problems with the shiny new toy. The issue appears to stem from an infrared sensor the watch uses to detect whether it's connected to your skin. The ink found in some tattoos, however, seems to interfere with features that use the sensor. One example is automatic unlocking, which saves users from having to enter a password every time they turn the watch on. The watch's heartbeat tracker and Apple Pay are also reportedly affected.

While the panic hasn't quite reached the levels of Bendgate, inked-up Apple Watch users have taken their dissatisfaction to Reddit and YouTube.

YouTube user Michael Lovell posted a video of his experience using the watch on his non-tattooed left wrist and his tattooed right wrist. The footage appears to show the sensor issues during an "outdoor walk" workout session.

The tattooed right wrist attempting to use the workout tracker:

The tattooed right wrist having trouble with the auto-unlock feature:

Another YouTuber, Nathan Hodgetts, posted a similar video showing the issues he encountered with his Apple Watch while attempting to use the auto-unlock setting.

The watch would lock up every time the screen went dark and prompted me for my password. I wouldn't receive notifications. I couldn't figure out why especially since the watch was definitely not losing contact with my skin.

"[Apple is] reporting to engineering and I should hear back from him this week regarding my call issue and the detection issue," the user wrote.

Why is this happening? There's still no official word from Apple, but a description on the support page for the heartbeat sensor might shed some light on the problem.

"Blood is red because it reflects red light and absorbs green light," it explains. "Apple Watch uses green LED lights paired with light?sensitive photodiodes to detect the amount of blood flowing through your wrist at any given moment. When your heart beats, the blood flow in your wrist — and the green light absorption — is greater. Between beats, it's less. By flashing its LED lights hundreds of times per second, Apple Watch can calculate the number of times the heart beats each minute — your heart rate."

In other words, the sensor uses light to keep tabs on the blood flowing through your skin, and anything that interferes with the light, like tattoo ink, can wreak havoc.

Serenity Caldwell over at iMore tested out the complaints and found that darker ink colors, like solid black and red, were worse for the watch. Lighter colors, like purple, yellow and orange, had less of an effect. Caldwell wasn't able to reproduce the problem with patterned tattoos. (She notes, however, that it "may entirely depend on the type and design of tattoo, along with ink and skin saturation.")

Caldwell told tattooed Apple Watch fans not to panic yet, but she also advised trying out the device before making a purchase. "Alternatively, you might try wearing it on a non-tattooed wrist," she concluded.

Other well-known figures in the tech world, such as former Valleywag editor Dan Lyons, joked that "carnies, circus folk, sailors" were out of luck. But let's be real: It's 2015, and tattoos — even full-sleeve tattoos — are more popular and mainstream than ever. Apple should have seen this issue coming.

Mic has reached out to Apple. We'll update if we receive a response.