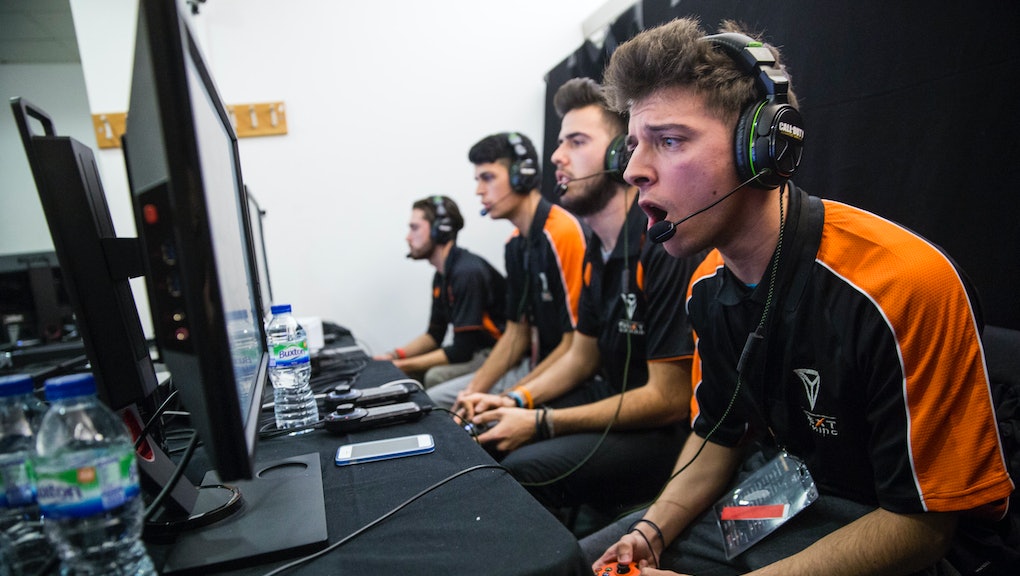 If your kill count on "Call of Duty" is ridiculously high, congratulations: A new study says your skills are the result of a better brain.

In an article published in Scientific Reports, researchers from Chengdu's University of Electronic Science and Technology of China found playing action video games, such as "Grand Theft Auto," increases the brain's motor functions and ability to pay attention.

Expert-level gamers, like the ones who compete in national and international competitions, have much higher levels of "functional connectivity" and gray-matter volume — the tissue that processes information in the brain.

The study: Researchers conducted MRI scans on 27 expert gamers and 30 new players while they competed in fast action games that involve split-second decision-making and hand-eye coordination.

The bold white lines in the MRI image below show high levels of connectivity in the left hemisphere of the brain, which is usually associated with logic, math and problem-solving. These are brain functions that race car drivers and boxers use to overcome obstacles in the real world. It turns out gamers use them as well to complete difficult levels.

But if you're a casual gamer, don't celebrate just yet. The study's team of newbies included both non-gamers and amateurs. This latter group didn't show the same level of brain function as the professionals who actively, and relentlessly, put themselves in simulated war zones. So if your "Halo" habit doesn't extend past weekends, you probably shouldn't go around calling yourself a genius just yet.