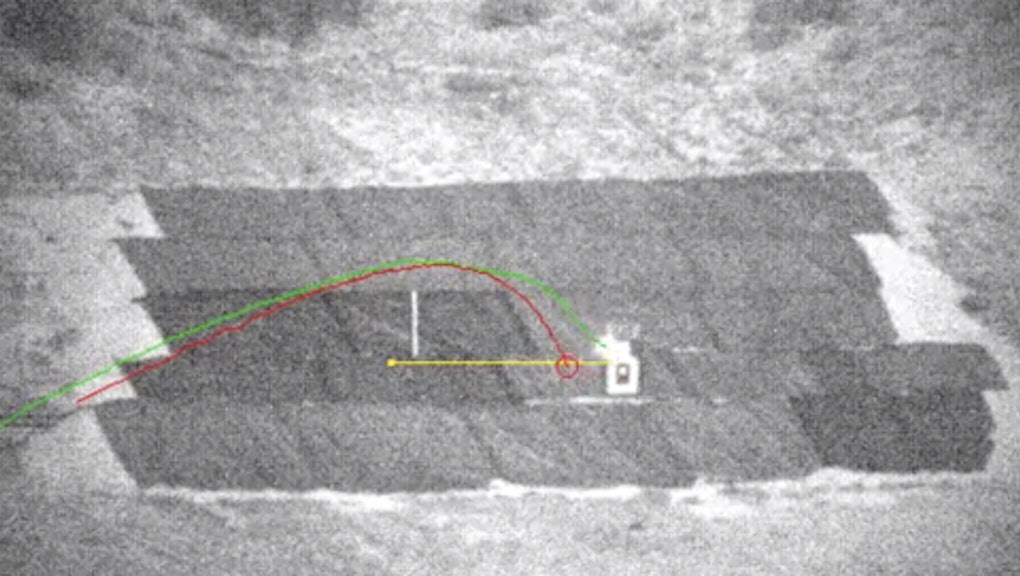 The U.S. Department of Defense has successfully tested what they call "self-steering" bullets, which officials say could greatly increase the success rate of hitting moving targets.

Video footage of the bullets was uploaded to YouTube by the Defense Advanced Research Projects Agency, the official research arm of the DOD. "An experienced shooter using the technology demonstration system repeatedly hit moving and evading targets," reported the agency.

More surprising still, DARPA announced that a novice shooter — someone using these bullets for the first time — was also able to hit a moving target.

The bullets, known as EXACTO rounds, use a "real-time optical guidance system" to track their target. According to DARPA, the technology can compensate for weather, wind and target movement — factors that often prevent successful shots.

In an email to Mic, DARPA's public affairs office declined to comment further on the program.

Officially, the technology has been earmarked for military snipers to use in difficult terrain that's "commonly found in Afghanistan." The future implications are evident, however.

"Fitting EXACTO's guidance capabilities into a small .50-caliber size is a major breakthrough and opens the door to what could be possible in future guided projectiles across all calibers," said Jerome Dunn, DARPA program manager.

Coming in the wake of numerous police shootings of unarmed black men across America, the implications of "perfect bullets" offer some potentially unsettling consequences for society. So far, it's unclear whether or when these bullets might make their way into civilian use, but if these videos are indeed the future, the technology is something to take very seriously.