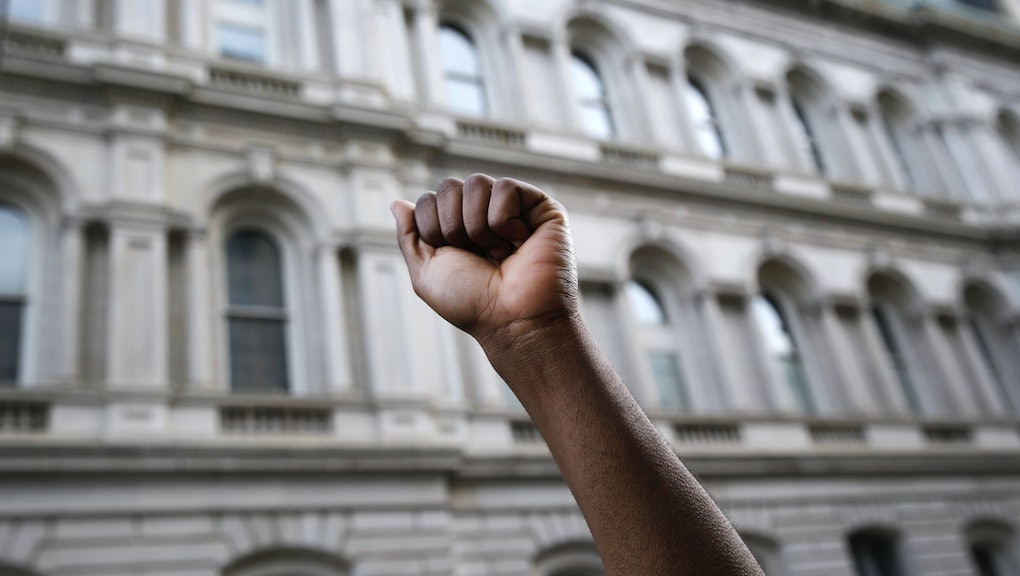 What's Being Said in the Media vs. What's Really Happening in Baltimore

Of course, the public needs to know what's happening. But there's a difference between providing complete coverage of events and simply spreading images of disaster. The latter may be good for driving ratings, but it does nothing to substantively address the injustices that precipitated this uprising.

Most mainstream coverage has blamed the people in Baltimore for the present situation — protests escalating, at times, to violence — without questioning the police brutality that has been long overlooked or downplayed in the city and elsewhere. The broader discussion would benefit from the elevation of more nuanced narratives, rather than reductionist portrayals, because how the issue is presented here will ultimately color approaches to fixing its root causes. Here are a few of the ideas being perpetuated in media coverage and public discussion compared to the reality of what's happening on the streets.

Message: Property should be protected and valued at all costs

Message: This is all about one person

Reality: This is about a longstanding trend of police violence in Baltimore and elsewhere

The city has paid out more than $5.7 million in police misconduct settlements since 2011, according to a Baltimore Sun report from September. And as the Atlantic's Conor Friedersdorf has chronicled, Baltimore police have a history of violent abuse "every bit as egregious as what the Department of Justice documented in Ferguson, Missouri."

Message: "Thugs" are trashing the city

Reality: Various community members have united and organized for change

But the insistence that everyone on Baltimore's streets — whether they're protesting, rioting or otherwise — is a criminal ignores community efforts to help repair the city, including cleanup initiatives, peaceful protests concurrent with the riots, and gang members who lay aside their differences to march and, eventually, to mediate tensions between the police and people rioting in the streets.

"We did not make that truce to harm cops," one unnamed gang member told WBAL, referring to a police statement noting a "credible threat" from gang forces. "We did not come together against the cops. We're not about to allow y'all to paint that picture of us ... [Our game plan has been] to stop what's going on. We want justice for Freddie Gray. We believe in that."

Message: These people are on the streets because of single-parent homes

What's more, blaming youth outrage on single parents ignores the fact that elders in the community are intervening and reaching out to young people in the streets. As CNN's Ben Brumfield wrote, clergy, veterans, members of the Nation of Islam and various others made efforts to discourage and de-escalate any violence.

The viral video of one upset mother, Toya Graham, chastising her son for rioting shows just how much a parent fears for her son's life. Regardless of whether one believes spanking of a black child is cause for celebration, as Graham told CBS News, "That's my only son and at the end of the day, I don't want him to be a Freddie Gray."

Reality: "I wouldn't riot, but I understand why they're so upset"

"If you are unable to understand that the protestors who turned violent (and the majority who did not) hit the streets of Baltimore informed by near-daily reports of police killings of unarmed blacks by officers who face virtually no chance of being punished, then your critique of their actions isn't one we should be compelled to consider," wrote Jamilah Lemieux, senior editor at Ebony. "If the events of the last 400 years have not left you with, at the absolute least, a sense of 'it's not right, but I understand' as it relates to the utter despair that leads one to go into the streets with destruction on their mind, then you may want to reconsider the levels to which you actually understand what is taking place in Baltimore and beyond."