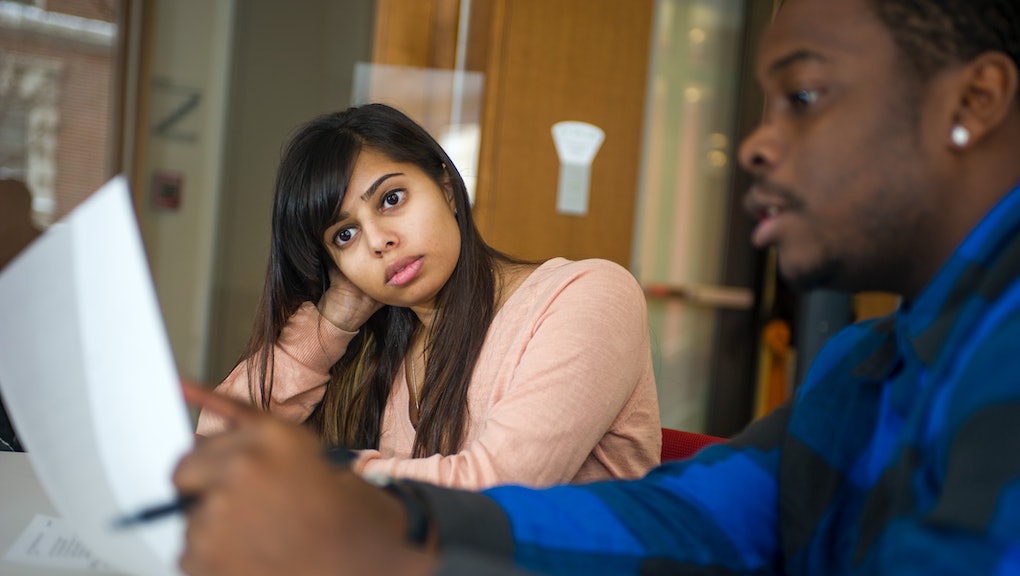 Writing a Resume? Here's the Most Popular Font You Should Never Use

Bloomberg spoke with three "typography wonks" to determine the best and worst fonts to use on a resume, and Times New Roman, that trusty typeface of all your college papers, didn't fare so well. According to designer Brian Hoff, the old standby is "like putting on sweatpants."

The reason? "It's telegraphing that you didn't put any thought into the typeface that you selected," he explained. The font has been used so often by so many people for so long that it has essentially lost anything that made it unique.

Martina Flor, a German letterer and designer, added, "It has been a system font for a long time. It's been used and misused a lot." (Flor herself isn't a TNR hater; she said the design of the font itself "is not to blame.")

In essence, Times New Roman is basic. It's the plain egg-whites omelette of the typography world: It fills the space, but it's uninspired. It's Microsoft Word's default typeface, after all. Using it for your personal list of accomplishments might demonstrate a lack of thoughtfulness and personality.

These fonts are probably a better bet:

According to the experts, Helvetica is a winner.

"Helvetica is so no-fuss, it doesn't really lean in one direction or another. It feels professional, lighthearted, honest," Hoff told Bloomberg. Other safe options include Garamond and Proxima Nova (this page's typeface), which Hoff calls a "cousin of Helvetica."

Different fonts can also have different effects upon a reader. In a faux poll, New York Times contributor Errol Morris secretly tested which typeface Times readers found most trustworthy. He gave them a passage from The Beginning of Infinity in which the author, physicist David Deutsch, claimed that it was unlikely Earth would be hit with an asteroid.

Unbeknownst to readers, the passage was presented in six different typefaces, assigned randomly to each participant. Those who read the passage in Baskerville were more likely to agree with Deutsch's argument.

Times New Roman isn't the worst font in the world. That honor is undoubtedly reserved for Comic Sans, the sad clown of Fontville. In Morris's poll, for example, readers who read the passage in Comic Sans were the least likely to agree with it. "The conscious awareness of Comic Sans promotes — at least among some people — contempt and summary dismissal," Morris wrote.

Using Comic Sans for a magazine cover or groundbreaking scientific announcement will likely produce a level of scorn unmatched by any other font (save perhaps for Papyrus, that much-maligned typeface you've seen in packaging for holistic tea).

In fact, when someone combined Papyrus and Comic Sans into a Frankenstein's font monster called Comic "Parchment," Mental Floss described it as the perfect thing with which to "emotionally scar your typophile friends."