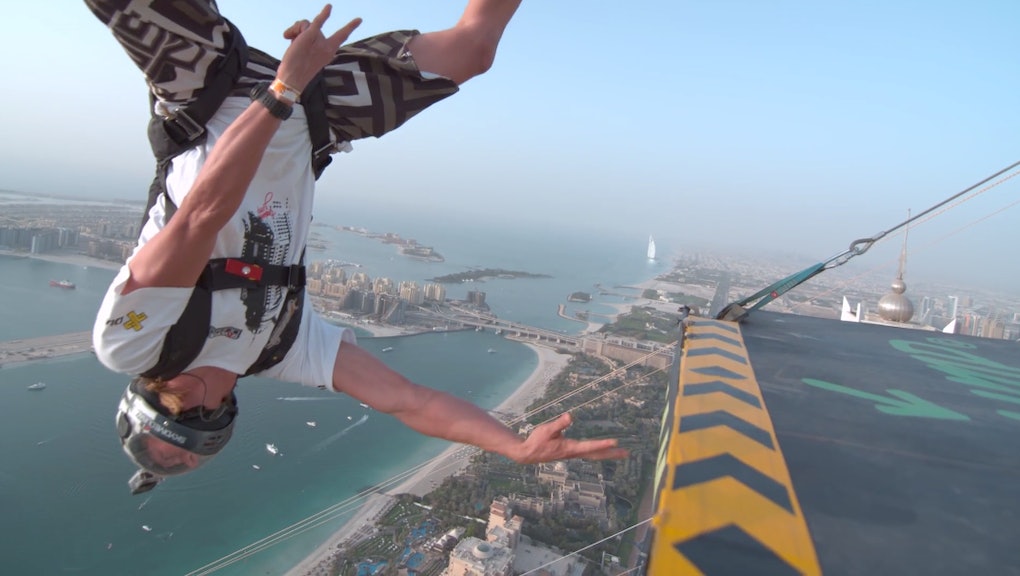 Over the course of a few days, members of Skydive Dubai and XDubai teamed up with DreamJump for a campaign of base jumps and "dream jumps" from Dubai's Princess Tower. Standing at 101 stories, or roughly 1,358 feet high, the structure was an amazing starting point for the 558 jumps over the course of the several days of extreme sport.

The results, perhaps unsurprisingly, were extreme and amazing.

The brave (or crazy, depending on your point of view) jumpers performed a variety of stunts off the ledge, from backflips and handstands to zip-lining and group jumps. Though base jumping has been called the "world's most dangerous sport," the group took extra effort to ensure everyone's safety, and the event went off without a hitch.

Earlier in the year, the skies of Dubai were recorded through the eyes of an eagle diving from the Burj Khalifa, which, at 2,722 feet, is the tallest building in the world. That event was coordinated to raise awareness for threatened wildlife like endangered birds of prey and produced its own stunning results.

But, however cool that eagle video was, it's hard to get past the fact that these people were freefalling from over 1,000 feet. Good thing it was all caught on camera, or you almost might not believe it actually happened.

Take a look at the full video below: