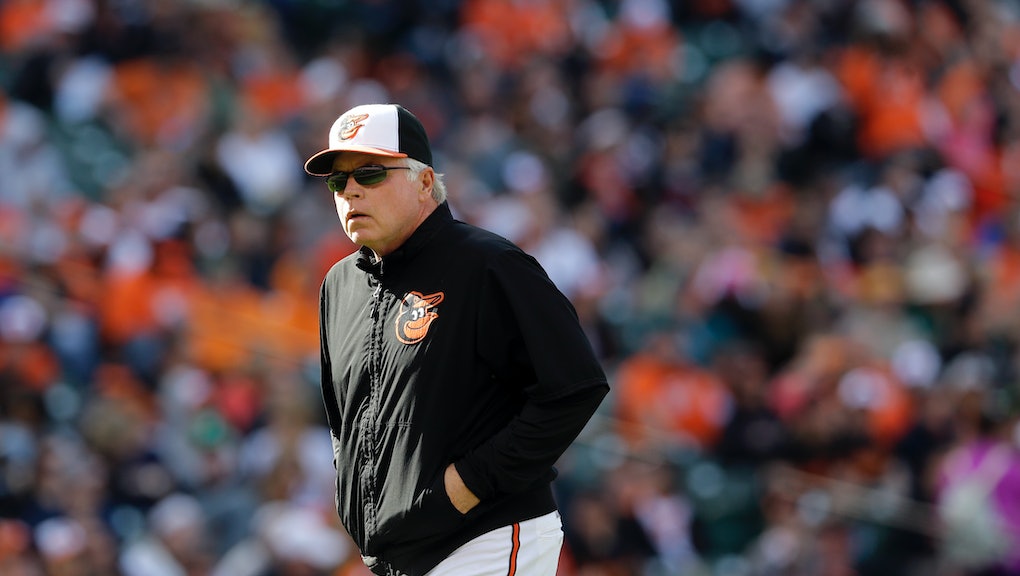 With that blunt observation on Wednesday, Baltimore Orioles manager Buck Showalter nailed one of the major problems confronting white America as it tries to understand this week's protests in Baltimore.

Showalter made the remarks at a press conference after the riots caused his team to play to an empty stadium at Baltimore's Camden Yards Wednesday. Furthermore, he had a message for those who seek to offer advice on what the protesters should or shouldn't be doing.

"You have never been black, OK, so just slow down a little bit," he said.

It is self-evident Showalter is not black. But the reminder serves to point out a simple truth: Many of the most prominent voices speaking out one way or another about the protests have no idea what the individuals involved are going through.

This lack of understanding has given rise to the use of racially charged terms like "thugs," and has likely contributed to the national media's obsession with violence while ignoring the vast majority of peaceful demonstrators. Efforts to talk about poverty and lack of opportunity for young black men in Baltimore are often met with vacant stares.

What Showalter nailed in one phrase might be called the "empathy gap," which explains how white men like himself will never really be able to understand what it's like to make a quarter less in income, or to face housing discrimination, or unequal access to education or be 21 times more likely to be shot dead by police. These are facts of life the rich and powerful will never experience. What men like Showalter can do, however, is take a stand to change the facts; by changing the facts, you change the experience.