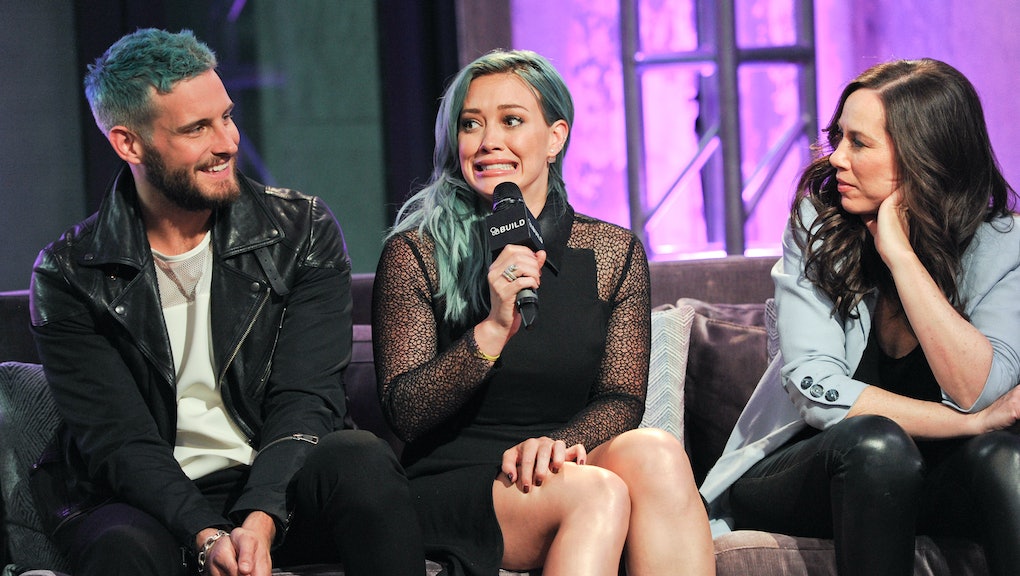 It's official: Hilary Duff is dating, and she's bringing us along for the ride.

As everyone breathlessly reported earlier this week, the artist formerly known as Lizzie McGuire is on Tinder, and she had a date scheduled with her first guy. Now, days later, she's reporting on her night out, complete with photos and a play by play. And it all sounds ... pretty normal.

In an interview with On Air With Ryan Seacrest, Duff said she went out with Tom (because why hide the guy's identity or anything?) on Tuesday night, and thankfully "he was totally normal."

"We went bowling so we didn't have to talk too much, but we did talk a lot actually," Duff said. Sizing her date up, she told Seacrest, "He used to be in, like, editing for reality TV shows ... I think he has a few jobs."

Along for the boring ride: Following Duff along her dating adventures is fascinating in part because she's a celebrity, and what celebrities do IRL is inexplicably captivating. But the utter mundanity of Duff's dating experience so far is in fact what makes this even more compelling. As we previously noted, she's doing what we're doing — swiping, chatting, awkward dating, postgame analyzing — and we're curious to see how it might unfold differently for her.

Or, as it turns out, exactly the same. Duff's "meh" assessment of the date should sound too real for anyone who's ever been on a first date, Tinder or otherwise. We might think celebrities live far more glamorous lives than we do, and given how tight-lipped they normally are about their romances, we assume dating is far superior when you have a famous name.

But it would appear humans are humans, first dates are universally awkward and even celebrities feel conflicted after underwhelming dating experiences. If Duff is determined to keep live-blogging her dating life live, as it appears she will, then we should be along for a reassuringly familiar and bumbling ride.

"I had my Tinder training wheels on for my first date," Duff told Seacrest. "Now it's smooth sailing."

LOL, Hilary — we all know that's not how dating works.