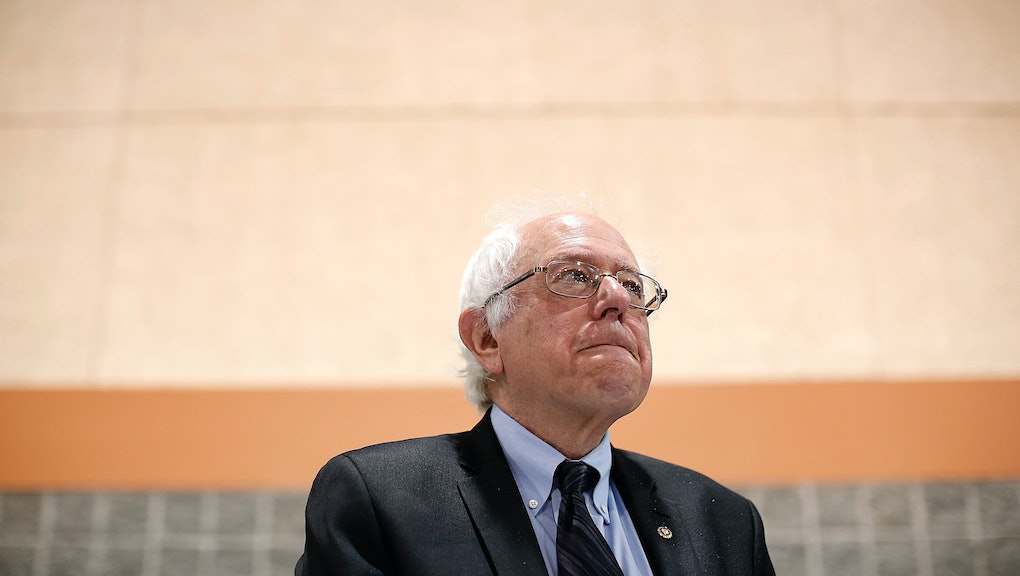 It's official: The lone socialist in the Senate is running for president.

In an interview with the Associated Press, Sen. Bernie Sanders (I-Vt.) confirmed that he's making a bid for the White House as a Democrat in 2016.

"I've run outside of the two-party system, defeating Democrats and Republicans, taking on big-money candidates and, you know, I think the message that has resonated in Vermont is a message that can resonate all over this country," Sanders told the AP.

By any stretch of the imagination, a victory for the fiery leftist gadfly and self-styled "democratic socialist" is a long shot. In a country where the word "socialist" is a slur that carries roughly the same pejorative weight today that it did during the Cold War, it's difficult to envision how an individual proudly embracing the label could garner substantial national support.

But Sanders does have one critical asset that could make him a serious force in the Democratic primary, despite the obstacles posed by his outsider status.

Message matters: As easy as it is to dismiss outsiders like Sanders, his message is very much in vogue in today's political climate. Sanders' forceful rhetoric on how the economy is "rigged" in favor of the 1%, making higher education free and banishing corporate money from politics taps into the themes that 2016 candidates from both parties are looking to coalesce around. But unlike other major contenders, Sanders can afford to be bolder and unrestrained when discussing these issues.

Sanders' status as a Washington gadfly is precisely what gives him more latitude in making the case for reforming the nation's ailing institutions. Because of the ideological commitments from which he rarely strays, he doesn't have to worry about alienating people on the other side of the aisle or losing the prospect of corporate donors.

Hillary Clinton, who is all but assumed to be the Democratic candidate for 2016, has massive name recognition, the backing of the party establishment and money; by virtue of that fact, she must temper her rhetoric on hot populist issues like regulating Wall Street.

Likewise, Sanders drags far behind the level of name recognition wielded by progressive firebrand Sen. Elizabeth Warren, but Warren shows no signs of running for president. If Sanders' campaign can attract enough attention, progressives dissatisfied with the establishment could easily view him as the next best thing.