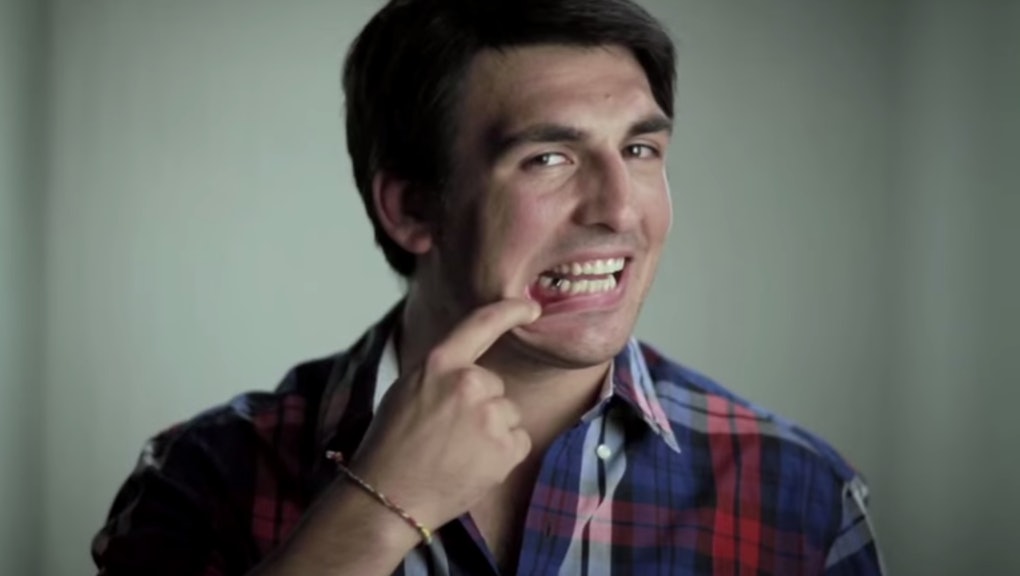 If you're a rugby player, you're going to take a lot of hits — and you might even lose a tooth or two. Rather than replace those lost incisors with regular old implants, athletes might consider something more useful — a steel tooth that doubles as a bottle opener.

Salta Beer, advertising agency Ogilvy & Mather Argentina and an oral surgeon joined forces to create this impressive feat of dental innovation. Designed for Argentinian rugby players who have had their teeth knocked out during games, the metal "tooth" is branded with Salta's logo and is inserted with a screw.

It sounds too wild to be true — but check out some clips of the process below. Ogilvy & Mather Argentina confirmed to Fast Company that everything you're about to see is real. (If dental work makes you squeamish, be warned.)

Here's a simulation of the process:

And an X-ray of the implant:

And this is the opener in action:

Salta Beer has produced ads appealing to Argentina's rugby fandom before, but the bottle-opener tooth is the boldest venture yet. Ogilvy & Mather Argentina's campaign certainly appears to involve a real procedure. The video below shows three players completing the surgery and successfully using their new apparatuses.

"When the idea finally was there, one of the biggest obstacles was that everyone thought it was going to be very difficult to find rugbiers willing to accept the tooth-opener implant," Ogilvy & Mather Argentina executive creative directors Maximiliano Maddalena and Javier Mentasti told Fast Company. "But it was all the other way round; candidates appeared immediately, and in the comments of the video what came out was lots of people asking for one!"

According to Mentasti and Maddalena, the bizarre idea came from the simple observation that "rugby players are tough, like to drink beer and often open beer bottles with their teeth."

While there have been various advances in the world of dental implants over the past few years, it's probably safe to assume most dentists aren't stocking up on custom implants that appeal to both athletes and beer connoisseurs.

Still, somewhere your lunatic friend from college is drafting up his Christmas list a little early this year.