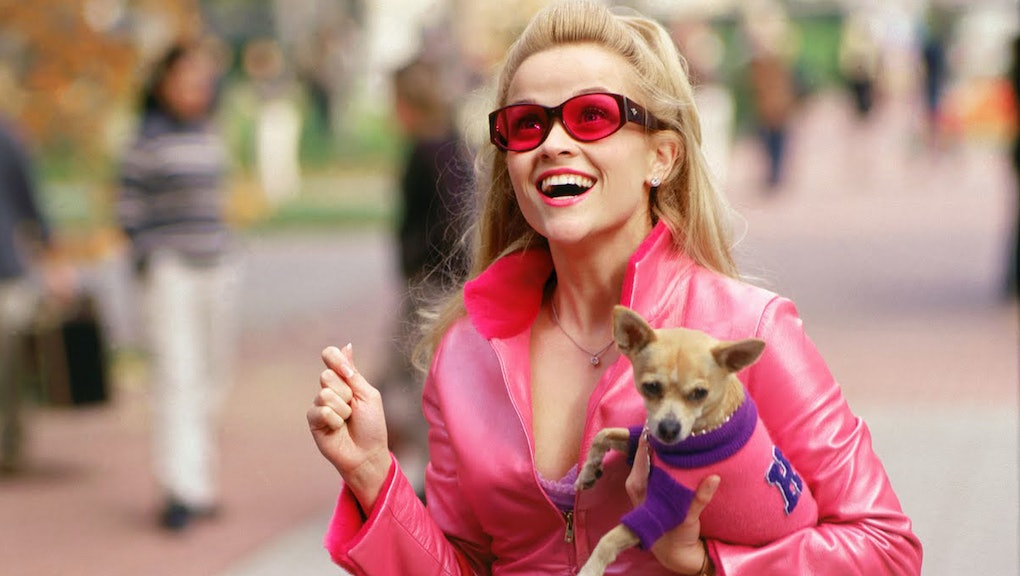 Here's What's New on Netflix Streaming in May

Every month, there's a shift in the Netflix winds. As beloved movies and series leave the company's Instant Streaming library (we'll miss you, Airplane!), others join the ranks. What's a must-see this May? What new original series are debuting? We've got your breakdown below.

Movies hitting Netflix in May

Jimi: All Is by My Side: Call this the Hendrix-without-the-Hendrix biopic. Because of a denial by the legendary guitarist's estate, 12 Years a Slave screenwriter John Ridley couldn't use any of Hendrix's songs. The result is an interesting, if not entirely successful, film. (May 1)

The Last Waltz: A beloved Martin Scorsese concert documentary, The Last Waltz features a 1976 the Band concert and an insane roster of guests (Bob Dylan! Neil Young! Joni Mitchell!) in what could unequivocally be considered one of the greatest live concerts ever recorded, second only to Katy Perry's flawless 2012 Part of Me. (May 1)

Anita: This well-liked documentary tells the story of Anita Hill, the woman who testified about her alleged sexual harassment by Supreme Court Justice Clarence Thomas. Sadly but unsurprisingly, many of the issues still resonate today. (May 3)

A Few Best Men: Wondering what Rebel Wilson was up to before Pitch Perfect? Check out this comedy from her native Australia. (May 5)

Extraterrestrial: Maybe you just need a little trashy sci-fi/horror in your life. We're not here to judge. Sit back and prepare to scream. (May 12)

Fruitvale Station: The provocative story of Oscar Grant, a black man shot and killed by a police officer in San Francisco, really isn't very relevant today. There's nothing happening right now in our country that this film could possibly remind you of. (May 12)

Magical Universe: Intriguing, bizarre and true: This documentary tells the story of octogenarian Al Carbee, who spends his days creating dioramas with Barbies. (May 12)

First Period: This campy drag comedy about girls trying to win over hearts by winning the talent show is for a very specific, very fun kind of audience. (May 16)

Girlhood: Not an unauthorized sequel to Boyhood, but a powerful French film about a girl seeking independence in all the wrong places. (May 19)

Inglourious Basterds: Quentin Tarantino's finest film since Pulp Fiction is finally on Netflix Instant Streaming. Anyone who doesn't know what "that's a bingo" means would be wise to watch quickly. (May 22)

Jen Kirkman: I'm Gonna Die Alone (And I Feel Fine): The comedian best known for her appearances on Chelsea Lately makes her stand-up debut on Netflix. (May 22)

The Boxtrolls: Last year's stop-motion feature film may have lost the Best Animated Feature Oscar to Big Hero 6, but it remains an innovative, unique pleasure. (May 23)

Before I Go to Sleep: Nicole Kidman stars in the thriller flick take on 50 First Dates, where a woman wakes up every morning having forgotten everything since a tragic accident. Colin Firth makes for a much better co-lead than Adam Sandler too. (May 27)

TV series hitting Netflix in May

Grace and Frankie: Lily Tomlin and Jane Fonda star in the latest Netflix original series, this time about two women forced to move in together when their husbands (Martin Sheen and Sam Waterston) come out and fall in love. Gay-friendly and with an average age of 75 among the cast? We're on board. (May 8)

Longmire: The former A&E drama about a Wyoming sheriff adds its third season for streaming. Fun fact: Like Arrested Development, it was cancelled by its parent network and picked up for a fourth season on Netflix. Another fun fact: This is the only way you can compare Arrested Development and Longmire. (May 1)

Shameless: Not the American Showtime series, but the original British series' 10th season hits Netflix. If you just found out Shameless is based on a British series, you're not alone. (May 1)

The Adventures of Puss in Boots: Season one of Netflix's animated series based on the Shrek series character is trying an interesting distribution strategy. Rather than releasing all 26 episodes at once, the show comes out in five-episode bursts, with the next one coming this month. More feisty kitty? Me-ow. (May 8)

Duck Dynasty and more: Here's another interesting Netflix strategy: A&E is releasing "collections" of episodes from some of its most popular series, including the controversial Duck Dynasty. Other series releasing new episode packs: American Restoration, Counting Cars, Dance Moms, Hoarders, Modern Marvels and The Universe. (May 14)

Between season 1: Yet another weird distribution strategy: The episodes of this thriller will be released weekly, not all at once. Blame Canada: Their simultaneous distribution deal with Netflix means episodes must debut at a slower pace. (May 21)

Richie Rich: Season two of Netflix and Dreamworks' kids series based on the Richie Rich comic books debuts. Fun fact: In this series, Richie made his trillion dollars by turning vegetables into a clean energy source. So environmentally responsible, that Richie (who's spending his money on toys and other material things). (May 22)

Graceland: The USA Network show about Southern California FBI agents adds both its seasons to Netflix. Theater fans: Graceland stars Daniel Sunjata, whom you know from Smash, and Aaron Tveit, whom you known from Les Miserables, among other things. (May 26)

May 1: Beyond Clueless, Witnesses season 1, The Prize Winner of Defiance, Ohio, Underclassman and No No: A Dockumentary

May 6:The Longest Week

May 8: Tyler Perry's A Madea Christmas

May 9: Jinn and The Liberator

May 17: Tinker Bell and the Legend of the NeverBeast

May 19: Zombeavers and Before I Disappear

May 22: H20 Mermaid Adventures, The Other One: the Long, Strange Trip of Bob Weir and Transporter: The Series season 1

May 24: Love and Honor and Welcome to the Punch