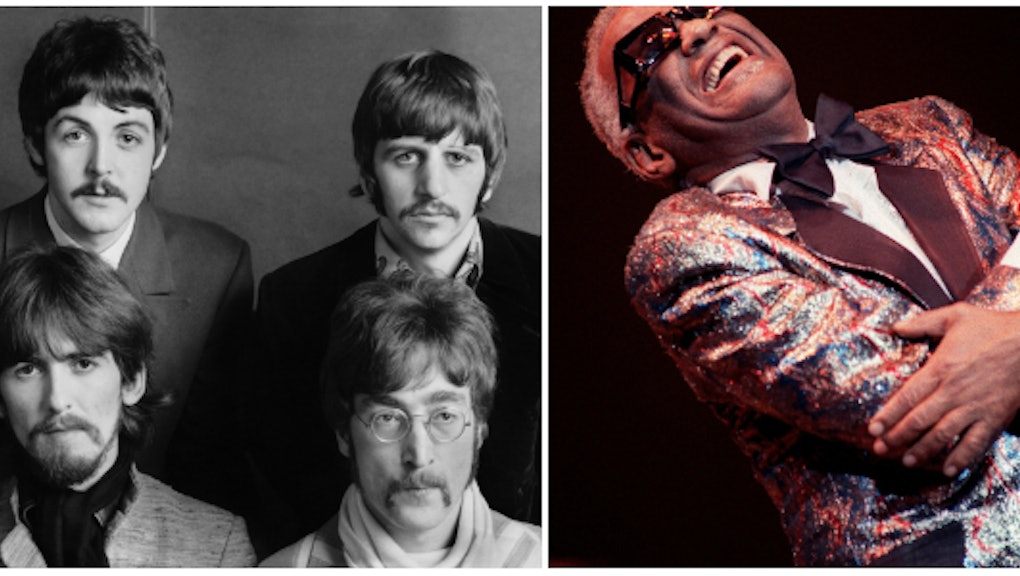 Fifty years ago this month, Paul McCartney finished what would eventually, by some reports, become the most covered song of all time. He'd been tinkering with it for months, and while vacationing in Portugal he finally had the breakthrough he needed to finish a song he'd tentatively titled "Scrambled Eggs." That song became known as "Yesterday."

According to the Guinness Book of World Records, "Yesterday" has been covered around 1,600 times, making it, by their count, the most covered song of all time. Rolling Stone is a little more ambitious — it claims that the song has been covered more than 2,500 times. Either way, it has inspired some of America's greatest songwriters, from Bob Dylan to Marvin Gaye to Frank Sinatra. But the story of how it was written should inspire far more.

The melody. The melody for "Yesterday" originally came to Paul McCartney in a dream.

"I woke up with a lovely tune in my head," he told Barry Miles, author of the biography Paul McCartney: Many Years From Now. "I thought, 'That's great, I wonder what that is?' ... I got out of bed, sat at the piano, found G, found F sharp minor 7th – and that leads you through then to B to E minor, and finally back to E. It all leads forward logically."

Yet, because it came to him in such a mysteriously effortless way, McCartney had trouble believing the melody was actually his own. He thought that he was covering it, too.

"I thought that maybe I had heard it somewhere before, it was some other tune," McCartney told Playboy in 1984. "I went around for weeks playing the chords of the song for people, asking them, 'Is this like something? I think I've written it,' and people would say, 'No. It's not like anything else, but it's good.'"

He asked industry professionals and musicological "song buffs" he knew. When no one could come up with the source, he claimed it for his own and began writing the timeless lyrics.

The lyrics. The breathtakingly simple verses didn't come as easily. McCartney played around with them for months, trying to find the right words. The first to come were "scrambled eggs."

"I started to develop the idea: Scram-ble-d eggs, da-da da," McCartney told Miles.  I knew the syllables had to match the melody, obviously."

McCartney started playing it everywhere, over and over, trying to work out them out.

"We were shooting Help! in the studio for about four weeks. At some point during that period, we had a piano on one of the stages, and he was playing this 'Scrambled Eggs' all the time," Richard Lester, the man who "invented" the music video, told Steve Turner for his book A Hard Day's Write. "It got to the point where I said to him, 'If you play that bloody song any longer I'll have the piano taken off stage. Either finish it or give up!'"

Thankfully, McCartney did not give up — or settle with "Scrambled Eggs." Eventually, the lyrics came while he was vacationing in Portugal in May 1965, half a century ago this month.

The release. Strangely enough, "Yesterday" wasn't released as a single initially, as the band thought it would have a negative effect on the rock 'n' roll image they were trying to cultivate. Eventually, they realized its potential and released it. It quickly became a number one hit. And it was allegedly the most played song on American radio for eight years running.

The song's elegant simplicity and vivid emotional palette is what makes it so endlessly adaptable. The passage of time and the feeling of nostalgic longing is something nearly every person can relate to. It's also a common theme in nearly every genre, too. The divinely inspired process behind the song only underscores its enduring magic.

But McCartney doesn't believe it's magic. He believes the inspiration he experience is one of life's natural mysteries. "Magic as in, 'Where did you come from? How did you become the successful sperm out of 300,000,000?' — that's magic I believe in," as he told Playboy, discussing the song. "I don't know how I got here, and I don't know how I write songs. I don't know why I breathe. God, magic, wonder. It just is." That profound sense of mystery makes the song and its legacy all the more captivating.