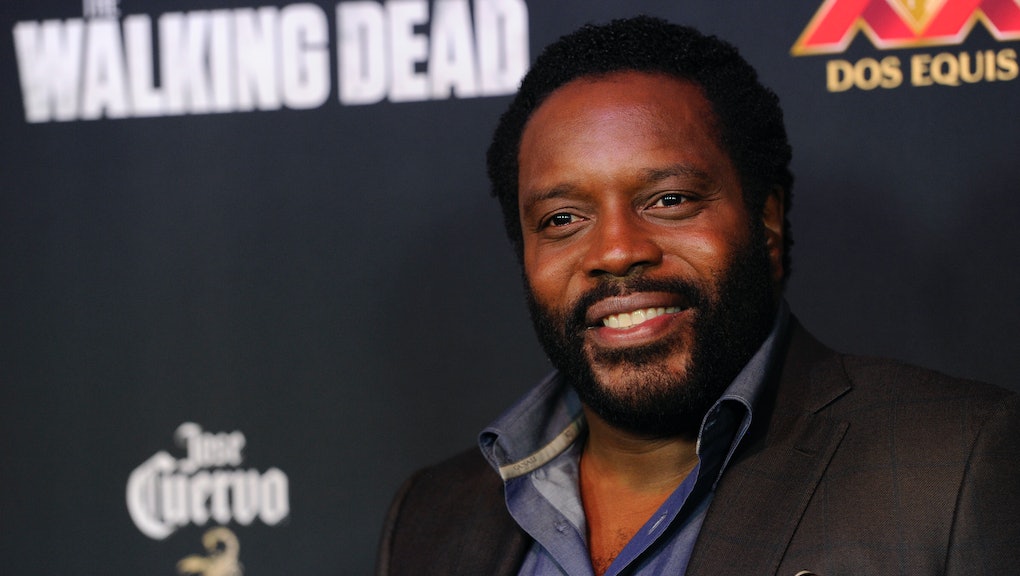 New York City subway passengers were recently treated to a bizarre performance courtesy of film and TV actor Chad L. Coleman, who lost his cool and unloaded an angry broadside onto his fellow commuters on Friday night.

The Walking Dead star was caught on video launching into an epic rant on the New York subway that included references to everything from his appearances on the zombie-themed AMC series and HBO's The Wire to the current troubles plaguing Baltimore.

"I wanna know where my humanitarians are!" Coleman yells in the video. "Yes! I'm Chad L. Coleman! I'm on The Wire, I'm on The Walking Dead, I'm not trying to play no fucking games with you!

Eventually, the video cuts to a calmer Coleman telling fellow passengers that "The stories that I tell are to try to help people move forward, to evolve ... I try to tell them ugly-ass stories that nobody else wants to tell."

According to TMZ, Coleman has a pretty good explanation for the tirade. He overheard two fellow passengers discussing him, when one of the two referred to him using the n-word. Coleman told the site that he was both sober and that his calls for "humanitarians" were a direct reference to class and race struggles in Baltimore. On The Wire, Coleman played Dennis "Cutty" Wise, a former gang member who opens a boxing gym for impoverished children.

Considering how rough things have been lately in Baltimore, Coleman can probably be excused for this particularly fiery response to an ignorant straphanger. He has since told TMZ that he regrets the outburst, but that he had a lot of "built-up frustration" over recent events and let it all out upon hearing the epithet.