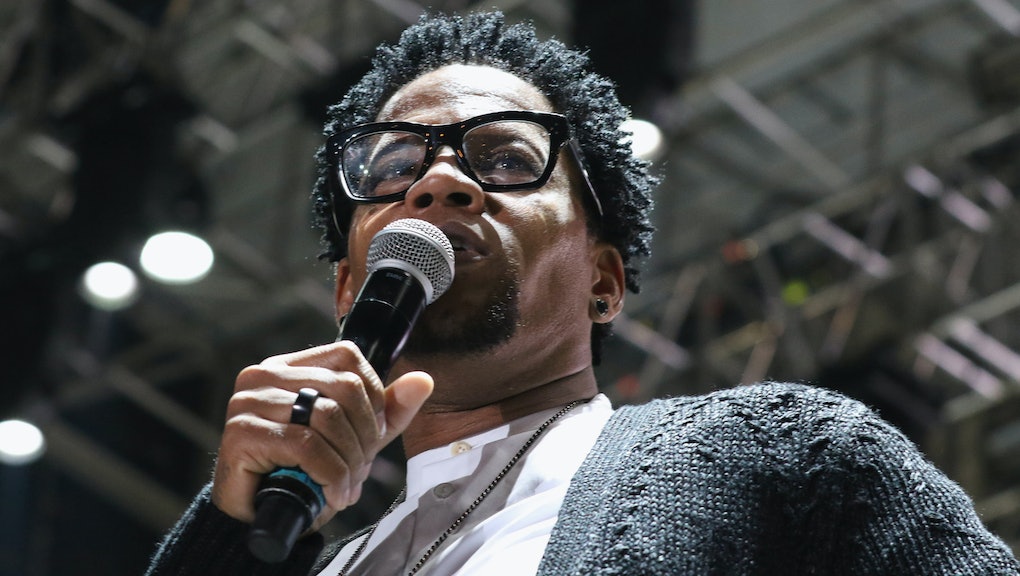 Comedian D.L. Hughley absolutely annihilated conservative pundit Dan Senor's argument that the death of Freddie Gray wasn't a "racial issue" on Friday's edition of Real Time With Bill Maher, taking no prisoners in a rant that touched on Southern racism, the state of black families and the African-American incarceration rate.

Hughley said that if the Baltimore police had just treated Gray like a human being, he wouldn't have suffered the severed spine during his arrest that ended his life on April 19. When Senor suggested that since the city of Baltimore has predominantly black leadership populating its official institutions, that meant the issue of Gray's death transcended race, Hughley had a righteous response.

"I'll explain Baltimore if you explain the entire Southern region of the country," Hughley said. Again, Senor asked, "I'm just saying, how is this a racial issue?"

Silence on the part of fellow citizens is "tantamount to saying 'go ahead and do it,'" Hughley said. When Maher brought up the persistent right-wing criticism of black families that lack fathers as a cause of black crime, and Senor claimed that Bill Clinton's tough-on-crime policies proved right-wingers weren't the only ones responsible for the sad state of many minority communities, Hughley responded by saying, "The thing that drives these riots is still lack of opportunity, impoverished schools, community divestment. So yes, our family erosion has changed, but the idea that we are 'less than' has not."

Recent events have demonstrated many of Hughley's points. For example, prominent Republican candidate for president Rand Paul recently brought up "the breakdown of family structure, the lack of fathers, the lack of sort of a moral code in our society" as an explanation for the riots in Baltimore, while one black resident recently confronted Fox News' Geraldo Rivera in the middle of a report in the streets of the city for failing to cover black poverty. Rivera later responded by calling the protester an example of the "youthful anarchy that led to the destruction and pain in that community." Right-wing talk radio host Sean Hannity even suggested that Gray kind of deserved it for being in the drug trade and running from police.

So when Hughley talks about the simplistic moralizing and lack of attention to systemic issues of race and poverty in places like Baltimore and all across the country, he's referring to real people who have real influence in the media and politics. By calling out the folks ignoring the racist roots of oppression in places like Baltimore and across the whole country, he's helping start the kind of discussion the country needs to have about race — and it isn't just complaining about what a bad job black people are doing raising their children.

(For extra fun, Hughley also took on Senor's consistent track record of being flat-out wrong on foreign policy in Maher's "Overtime" segment, pointing out that the latter helped get the U.S. stuck in Iraq for most of a decade with no results.)