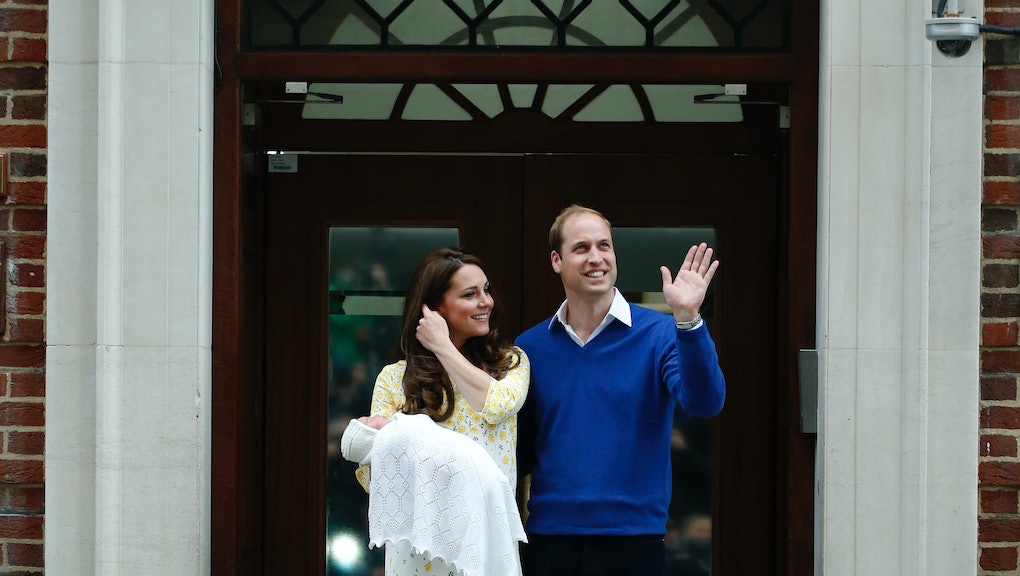 The big news on Saturday? The royal baby was born, and it's a girl!

You're not alone. Interest in the so-called royal baby, the second child for the Duke and Duchess of Cambridge, aka Kate Middleton and Prince William, didn't exactly garner the same hype and excitement as the first baby did.

The proof is in the Google searches, as illustrated by this Google Trends chart:

The heir and the spare: Back in 2013, international excitement around the first royal baby reached fever pitch and then some. Bookies took bets over the baby's name, stores rolled out themed merchandise and news of the birth led all the major news networks.

Two years later? The hype is muted, to say the least. "Compared to 2013, when Prince George was born, the tangible roar of excitement — for those that get excited about these things — has hardly been deafening," USA Today noted this week. "The little princess just isn't causing much of a stir."

That's in part because she just isn't as essential to the monarchy itself, cold as it sounds. In royal fan parlance, Kate and William's newborn daughter is the "spare" to her brother George's "heir." Like her Uncle Harry, this little girl is only destined for the throne should something happen to her older brother, who's third in line, making her a little less important when it comes to succession. (Meanwhile, given that Royal Baby No. 2 is fourth in line, Prince Harry has been bumped to the fifth slot.)

Second child, half the excitement: But as any second child knows, it's not just the line of monarchical success that's made this birth less thrilling. First children are lavished with attention and affection, their baby books filled to the brim with every detailed memory and photo from that first year.

Second children? As Meredith Carroll put it on Babble, "There's no question that my sister's baby book is worthy of a Pulitzer, whereas mine would be more fitting in the 'Free' box in the basement of the public library." In fact, according to a survey of 2,000 U.K. moms, 87% admitted their family photo collections contained "noticeably fewer images of the second child."

That difference in special attention, if not in love, can make a difference. Some psychologists argue second children grow up to be more closed-off due to the lack of early attention. Yet the second child, especially if they end up being a middle child, may also be "understanding, cooperative and flexible, yet competitive," writes human behavior and family expert Gail Gross, as well as "likely to pick an intimate circle of friends to represent [their] extended family."

Basically, second kids adapt, and their personalities end up reflecting it — and often in a great way. The baby book might be a bit thinner, but having to contend with less attention and special treatment than the big brother or sister ultimately can make second kids more cooperative, forgiving and resilient.

And, if Prince Harry is any indication, much more fun to be around.