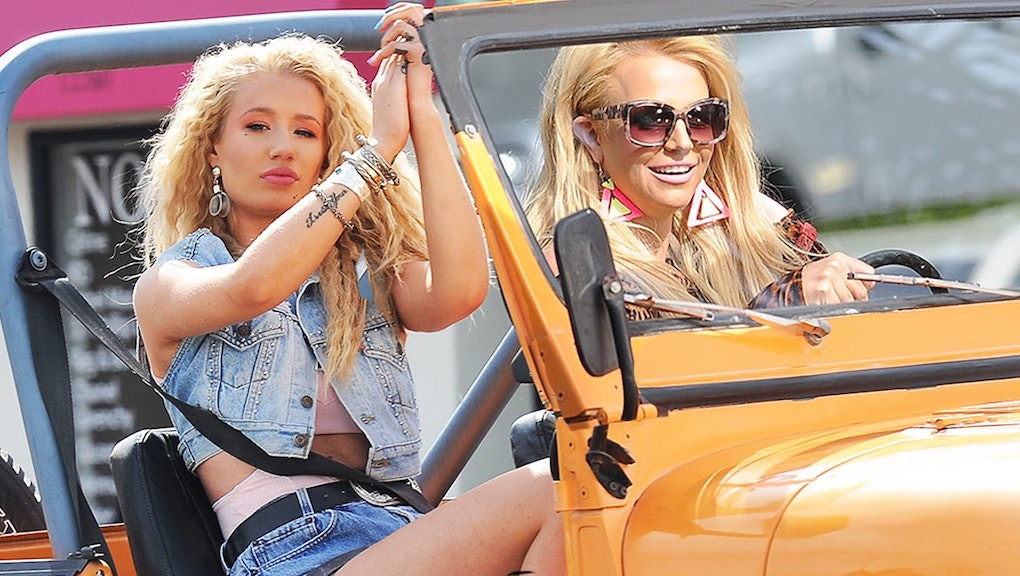 Iggy Azalea, the white Australian rapper who "runs" hip-hop, and Britney Spears, the woman who ran pop music 15 years ago, have teamed up to ruin summer radio. Azalea and Spears released a new collaboration on Sunday called "Pretty Girls." It's pretty bad.

Fancy 2.0: "Pretty Girls" sounds highly similar to "Fancy," which itself was a rip-off of pop producer DJ Mustard's signature sound. It has the same minimalist synth bassline, the atmospheric shouts and percussive snaps. All you need to know about the song is that it proves that Azalea's camp is committed to the prevailing pop music industry logic: If it works once, beat it to death until it doesn't.

The only difference between this and "Fancy" is Spears. Her voice, in all its overproduced glory, does little to mask the flimsiness of the writing or her clear wish to ride Azalea's newfound fame to renewed relevance. Azalea tweeted early this Monday how excited she was to hear the pop diva back on top of her game again.

For better or worse, Azalea is probably telling the truth. Before she started rapping, she was basically trying to be Spears.