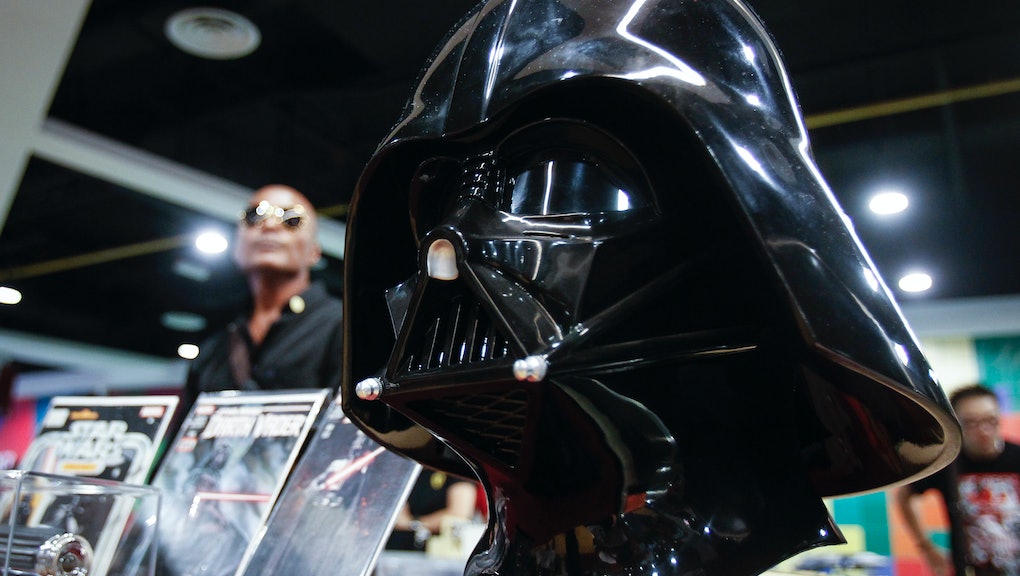 May the 4th be with you.

Twitter users got creative by posting their best #FakeStarWarsFacts over the weekend, in preparation for Monday's "Star Wars Day."

From Chewbacca's secret identity to the actual origins of R2D2, the most creative often involved a little Photoshop or inspiration from more earth-bound pop-culture.

Some took inspiration from a galaxy close to home.

Some poked fun at other movies.

And some were just awesome.

The enthusiasm shows the continued strength of the Star Wars legacy among fans despite the Alderaan-sized damage done to the series by the recent prequels. On Monday, another hashtag, #MayThe4thBeWithYou, had emerged and was heavily trending.

Star Wars: Episode VII - The Force Awakens is set for its U.S. release on December 18. Expectations have run high for fans, and for the Disney corporation, which paid more than $4 billion in 2012 to purchase the Star Wars empire from George Lucas.

For die-hards and casual fans alike, the upcoming release gives a whole new meaning to the term "winter is coming."