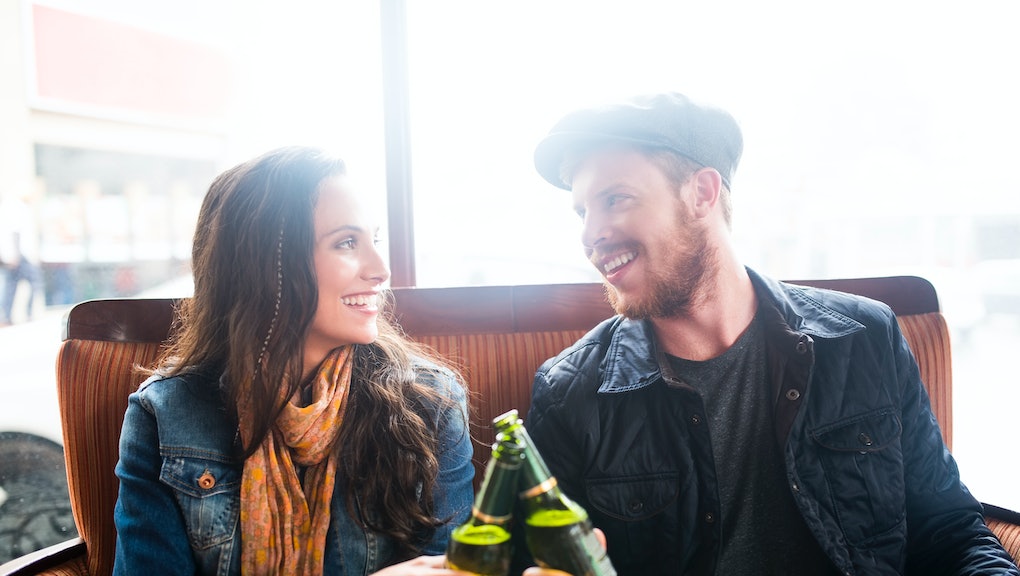 When It Comes to "Making the First Move," Here's the Advice All Women Need to Hear

Much as dating has rapidly changed over the past few decades, there's one expectation that hasn't seem to budge: Men still ask women out.

It's not that women cannot "make the first move," as the terminology goes. But even in 2015, plenty of heterosexual women are intimidated or nervous about asking a man out.

But what is there to fear? Reddit user B_Wilks posed the question on AskReddit on Sunday night:

The post received a flood of responses from women who, despite cultural expectations and their own fears, survived to tell the story of how they asked guys out. Surprise, surprise: It's not that bad.

Yes, guys are into it: Plenty of men chimed in on the Reddit to assure women that, hey, there really isn't anything to be so intimidated by. In fact, many are into the prospect of women upending gendered notions of who asks whom out. A selection of male Reddit responses:

"Wife made the first move by straight up saying: 'So, when are we going out?' I was smitten immediately. Still am." — Reddit user paperpants

"He will understand exactly what you're going through, feel relief he doesn't have to assume the risk this one time, and welcome the move. Even if he does reject you, what have you lost? A few seconds, and he'll likely be quite nice about, knowing what you had to go through." — Reddit user LeVentNoir

"Go for it. Be direct. He'll not only probably say yes, but will also respect you more." — Reddit user John_Wick

More importantly, it doesn't matter what guys think: It's reassuring to know men won't judge you, but the more important point is that women should already feel empowered to do the asking.

Unfortunately, some of us still need reminding. Even on dating apps in which men and women swipe on equal playing fields, gender norms reign. On Tinder, women swipe right on only 14% of men's profiles, whereas men swipe right on 46% of women. When they do start a conversation on the apps, many women are harassed for being honest and assertive (an unfortunate reality driving the creation of female-centric apps like Bumble).

Part of such gendered experiences, of course, has to do with male aggression and sexism. But we can address the more subtle gender imbalances — waiting for men to send the first text,  lingering on the front steps for a kiss, letting him handle the bar tab, making the question of sex that night a unilateral decision — by stepping up and leveling the gendered expectations together.

Just do it: That includes women not being so nervous about guys out, as the badass women of Reddit said:

"Guys really aren't that scary. For some reason girls seem so afraid to approach them, but the worst that could happen is that he seems uninterested, so in the long run you've lost nothing and gained experience." — Reddit user MissFluff

"I kissed him on the cheek and I DIDN'T DIE. He confessed he had been crushing on me as well and we figured things out. Almost two years later and he's the best thing that's ever happened to me. We're planning to get married and if I hadn't overcome a moment of fear, I would have regretted it to this day." — Reddit user aaroneliz

"If they refuse to date you because they like the 'chase' or think you are too 'easy' because you asked them, then you don't want them anyway." — Reddit user amneyer