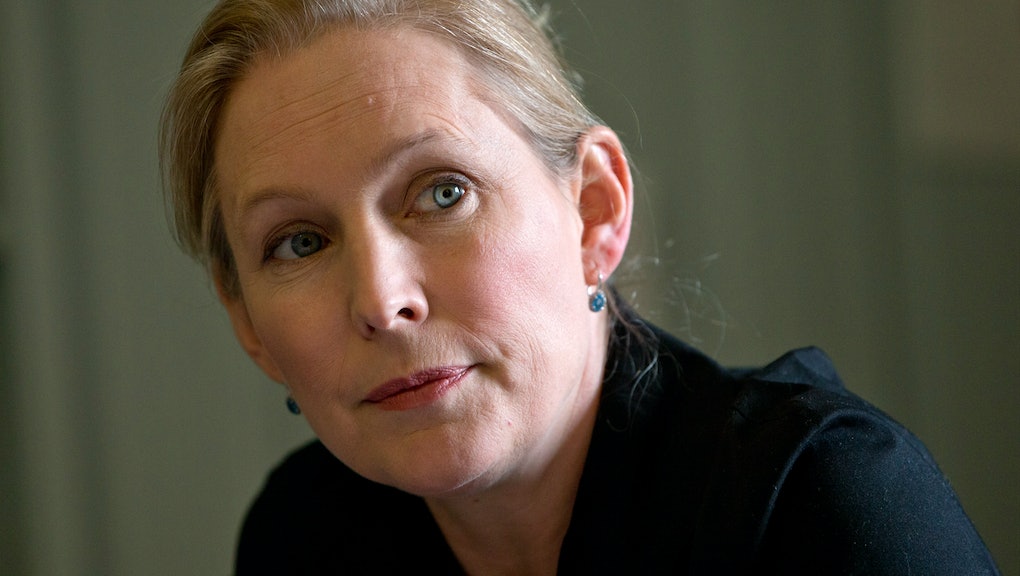 Sexual assault in the military is horrifyingly common and severely underaddressed, yet it seems few politicians or military officials are actively combating the problem — with one notable exception.

The Pentagon estimated 26,000 instances of military sexual assault occurred in 2012 alone, but a new report released Monday by Senator Kirsten Gillibrand (D- N.Y.) on sexual assault in the military shows this number was completely underestimated.

What the tally leaves out:  In addition to underreporting generally, Gillibrand's report says entire populations affected by military sexual assault are completely unaccounted for in these reports, such as female civilians or military spouses assaulted by military employees. These individuals, she noted, compose 53% of the survivors in the cases her report reviewed, yet are ignored in surveys conducted by the Defense Department.

The report is based on the review of 107 case files from the four largest U.S. military bases — the Army's Fort Hood in Texas, Naval Station Norfolk in Virginia, Marine Corps Base Camp Pendleton in California, and Wright-Patterson Air Force Base in Ohio. It claims the Department of Defense underreported the rate of sexual assault in military communities from 2009 to 2014.

The report also notes that, much like the adjudication processes for sexual assault in other communities, many survivors of military sexual assault decided not to pursue their cases through a formal legal process. This may be because, as the report found, military justice processes are lenient with perpetrators, who are more likely to be believed than victims. Survivors are not just doubted, they also experience retaliation at a rate of 62% — a statistic the Department of Defense's own Sexual Assault Prevention and Response Office report demonstrated, Gillibrand tweeted.

"It's frustrating, because you look at the facts in these cases and you see witnesses willing to come forward, getting the medical exam and either eventually withdrawing their case or the investigators deciding that her testimony wasn't valid or believable," Gillibrand said, according to the Associated Press.

Politics get in the way: Gillibrand and some Senate allies fought for the Military Justice Improvement Act, anti-military sexual assault legislation, in 2013 and again in 2014, but neither bill was enacted. Her initial bill proposed putting trained military prosecutors in charge of cases of sexual assault rather than letting the decision lie within the chain of military command.

"The men and women of our military deserve better," Gillibrand said of this act, according to U.S. News & World Report. "They deserve to have unbiased, trained military prosecutors reviewing their cases, and making decisions based solely on the merits of the evidence in a transparent way."

Lenient punishment and disbelief of survivors clearly parallels the way sexual assault is treated in various communities: Just 2% of reported rapists overall will see a day in jail, according to RAINN, and survivors have noted anecdotally that the process of reporting itself is retraumatizing for many. Campus sexual assault survivor Wagatwe Wanjuki told Mic in April, for example, that "When you've already gone through the trauma of assault, very often you are too tired or too exhausted to really put yourself through another sort of assault, in a sense, because you might talk to an officer who is victim-blaming."

Ultimately, Gillibrand concluded, survivors are not being adequately supported or defended by the military justice system, and it's high time for that to change.

In a political climate often derailed by partisan politics and swayed by special interests, it's encouraging to see a politician fight for those whose rights have been violated. Gillibrand's tireless advocacy for survivors of assault, whether in the military, on campus or beyond, is an example of which other politicians should take note.