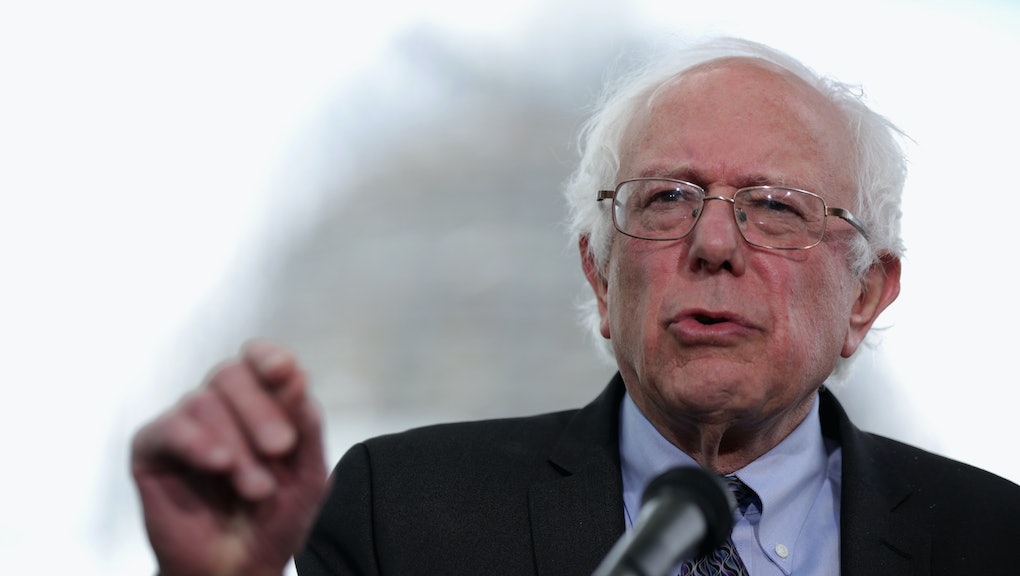 Bernie Sanders Says the U.S. Could Learn a Lot From Scandinavia. Here’s Why He's Right

On Sunday, Bernie Sanders, the lone socialist in the U.S. Senate, discussed his candidacy for president with George Stephanopoulos on ABC's This Week. When the conversation turned to what kind of odds a self-described socialist had at winning the White House, Sanders explained that if Americans were familiar with the principles of democratic socialism embodied in some northern European nations, many would find it appealing.

Stephanopoulos replied to Sanders' spirited praise of these countries' policies by suggesting that Republicans would revel in tearing apart a candidate who dared to suggest Americans look to Europe as a role model. Sanders was uncowed.

Sanders' willingness to participate in something so taboo so as to suggest that the U.S., the leader of the free world, could take a lesson from another region of the world has attracted enormous media buzz. His comments also have the merit of being true.

What Scandinavian countries do well

Scandinavian countries have much higher tax rates and much more robust government involvement in the distribution of services. They aren't exactly comparable to the U.S.: They're much smaller and much more racially homogenous. Those facts are crucial in public policy — a cozy, tight-knit community will have a different opinion on centralized authority than a sprawling one filled with people from wildly varying backgrounds. Nonetheless, Scandinavian nations provide concrete examples of the different quality of life people can expect when their welfare is considered a right rather than something to be earned.

Lower inequality: According to a 2013 Pew analysis of data on countries in the Organization for Economic Cooperation and Development, after factoring in taxes and social welfare policies, the U.S. is the second most unequal country in the developed world. By contrast, Norway, Sweden and Denmark sit near the very bottom.

College education: Higher education in Scandinavian countries is either virtually free or free (although that doesn't mean that it will never result in debt; going to school still incurs other costs outside of tuition). In Denmark, the government literally pays its students to go to college.

Minimum wage: Scandinavian countries generally don't have a legally mandated minimum wage, but due to their highly unionized workforces and high standards regarding quality of life, its low-wage workers are paid quite well. In Denmark, fast food workers make the equivalent of about $20 an hour.

Health care: Scandinavian countries have public health care systems that guarantee coverage for their citizens, and it's more efficient than systems run by private insurers. According to a 2013 analysis by the New York Times, "The United States spends more than $8,000 a person per year on health care, well more than twice what Sweden spends. Yet health outcomes are far better in Sweden along virtually every dimension. Its infant mortality rate, for example, was recently less than half that of the United States. And males aged 15 to 60 are almost twice as likely to die in any given year in the United States than in Sweden."

Child care: While in most of the U.S., the average cost of day care centers is higher than a year's in-state college tuition, governments in Scandinavian countries heavily subsidize child care to the point that it is close to universally accessible. This in turn allows women to participate in the workforce with far greater ease than in countries with less generous child care offerings, and also prepares more children effectively for the eventual social demands of schooling.

Environment: In the 2014 Environmental Performance Index, Sweden, Norway and Denmark came in at ninth, 10th and 13th in the world respectively. The U.S. came in 33rd.

Sanders is unlikely to win over hordes of red state supporters by invoking Europe as a model for championing the middle class. But he'll probably get at least a few to scratch their head and wonder whether they may be doing a few things right.