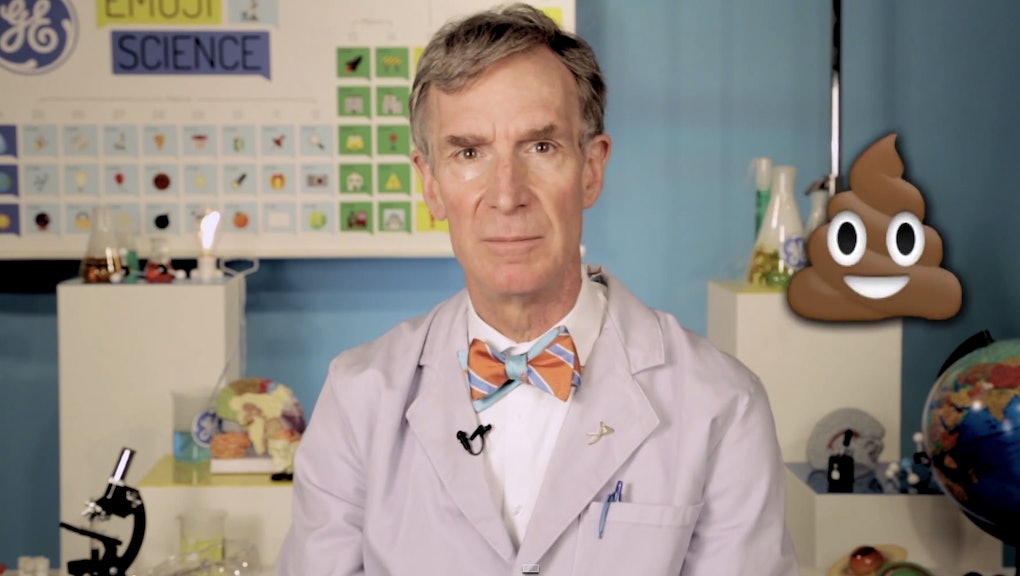 Bill Nye Uses Emojis to Break Down the Science of Holograms

Holograms aren't yet as lifelike as that famous projection of Princess Leia in Star Wars: A New Hope — but they're still complex and fascinating feats of science. Fortunately for us, Bill Nye is here to explain holograms using a language anyone can understand: emojis.

Nye brings in everyone's favorite characters — the high-kicking twins, the smiling poo, the quote fingers — to explain how we can create three-dimensional figures by projecting a light through an image from more than one angle.

As he explains, holograms are created when laser light, called coherent light, is projected through an image from two angles and then photographed.

That way, when laser light passes through the image again, instead of going straight to the eye, it changes direction — which is why it appears to move and follow your gaze.

That's the simple version. Nye's explanation comes with much more detail. Watch it in full here.

Nye now has an entire Emoji Science webseries, sponsored by General Electric. The move from TV to YouTube is classic Bill; he's figuring out how to retool his tried-and-true formula for the Internet age. Nineties classic Bill Nye the Science Guy has been off the air for 17 years — so long that there may be adults in 2015 who have no idea who he is. Before long, though, we bet he'll have a completely new generation hooked.