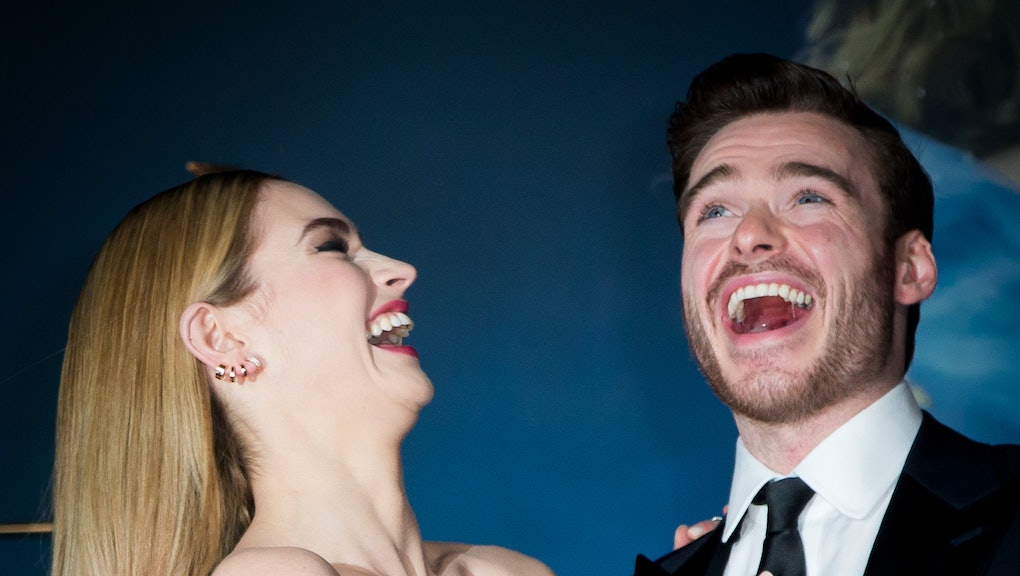 Something Truly Unfunny Happened When You Googled the Word 'Joke'

What is a joke? Ask Google, and it'll show you a Wikipedia definition reading "something spoken, written or done with humorous intention." Something funny.

Unfortunately, Google also showed you a tasteless example image of a "joke": a misogynist cartoon. On Monday afternoon, after screenshots of the search result began to spread on Twitter, it disappeared.

"New Seatbelt Design," the cartoon reads. "45% Less Accidents !!" The joke, apparently, is that gagging your wife with a seatbelt can cut down on distractions, letting you, the man, drive safely.

How did this awful image get to the top of Google's search results? The default image for queries like "joke" is usually drawn from the most relevant Google Images result. This cartoon comes from a site called Jokideo.com, which hosts crude comics from around the Internet and slaps on search-friendly headlines like "Doctor joke funny picture" to boost the page's placement on Google search results.

If you follow the source links below every cartoon, you won't find the original artists. Instead, you'll wind up in a brain-melting rabbit hole of SEO-trolling image farms like the India-based funnfun.in (sample text: "Before after girlfriend funny meme to show you life after girlfriend meme which smile you"). These sites are populated entirely with Google search terms. They exist solely to game online search tools.

These sites are the seventh circle of Internet hell: spammy nonsense, sexist jokes and awful-looking websites. The garbage from the early Web still haunts us.

Google searches can shape public perception. In an ideal world, search results would be a fair representation of the public interest. Instead, the results are rigged by SEO scammers like Jokideo, and they can have profound effects on those who view them.

For instance, researchers at the University of Washington and the University of Maryland, Baltimore County, found that Google Image results for specific professions could actually influence participants' opinions about gender equality in those fields.

When study results were manipulated to show more men in a profession like CEO, subjects were more likely to associate men with that position — and even rank men "as more competent, professional and trustworthy."

"You need to know whether gender stereotyping in search image results actually shifts people's perceptions before you can say whether this is a problem. And, in fact, it does — at least in the short term," said co-author Sean Munson, UW assistant professor of human-centered design and engineering.

Google needs to take responsibility. The results can and should be edited for relevance, or they'll never go away. Because images like "New Seatbelt Design 45% Less Accidents !!" are featured so prominently in Google search results, they're easily discovered and spread. In 2014, a police officer posted the cartoon on his force's Twitter page with the caption, "A car designer has won an award for designing a seatbelt which helps to cut down on vehicle noise pollution #IWantOne." People protested, and the officer was investigated.

In this example, the image result for "joke" has a link below it for "feedback." You can select options like "not helpful" or "inaccurate." You can also select "something else" and request a different result. (Mic emailed Google to ask for comment about how to get results like this one changed.)

"Thanks for your feedback," the form responds, with a caveat. "Your feedback won't directly influence the ranking of any single page." But an hour after we reported it, that image was gone.