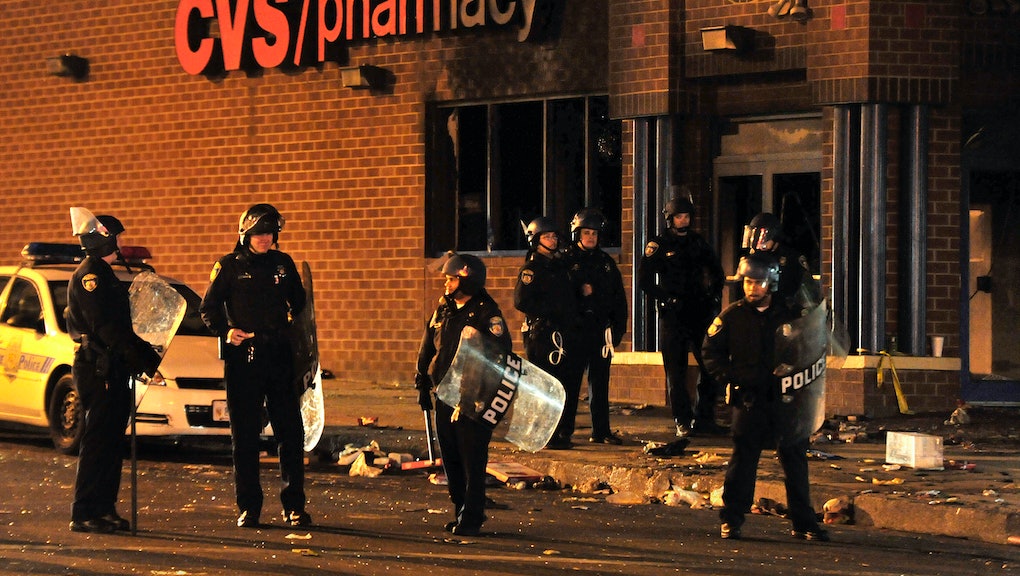 While the Media Focused on "Looting" in Baltimore, They Missed the Real Theft

Few terms have been used to delegitimize the anger and frustration coming out of Baltimore so readily. When a small group of dissidents marked the otherwise peaceful protests last week by destroying property and stealing from stores, the media quickly shifted its focus from 25-year-old Freddie Gray's murder to whether "rioting" and "looting" was the right response.

To be clear, there's no "right response" to police disproportionately killing black people — other than for police to stop disproportionately killing black people. But if we're going to talk about theft, we really need to talk about the theft that's been plaguing Baltimore for years: the millions of dollars stolen from black home buyers by large financial institutions.

In 2012, Wells Fargo Bank — "the nation's largest residential home mortgage originator," according to the Huffington Post — agreed to a $175 million settlement after the Justice Department accused it of discriminating against qualified black and Hispanic loan borrowers between 2004 and 2009.

Allegations include that the bank overcharged at least 34,000 borrowers in 36 states for home loans because of their race. It also allegedly steered black and Hispanic buyers toward high-interest subprime mortgages — typically reserved for borrowers with poor credit to offset the bank's risk in lending them money — regardless of whether they were credit-worthy or not.

This practice amounts to theft. In Baltimore and eight other cities, the number of discrimination victims was so large that Wells Fargo agreed to dole out "direct down payment assistance" to help its individual victims buy property, according to the Huffington Post.

Wells Fargo has since claimed it only settled to avoid "contested litigation" with the DOJ. But such economic warfare is not unique to Charm City: A recent report from the Department of Justice also found a similar pattern in Ferguson, Missouri, where the police department targeted black residents for ticketing and fines that made up a significant portion of the city's annual revenue for years.

Such measures not only reveal a nationwide pattern of racial discrimination — they're also part of why wealth-building remains disproportionately out of reach for so many black and brown Americans. So while former Republican vice presidential candidate Paul Ryan blames black poverty on welfare taking away peoples' incentive to work and Twitter trolls fuel racial stereotypes by posting fake photos of goods stolen during last week's unrest, the real story — a story of big banks withholding the means for black people to build wealth and combat poverty — is flying under the radar.

It's important context that the media fails to give when discussing racial inequality. So the next time you see images of people in Baltimore described as "looters," be sure to keep in mind who the biggest looters actually are.