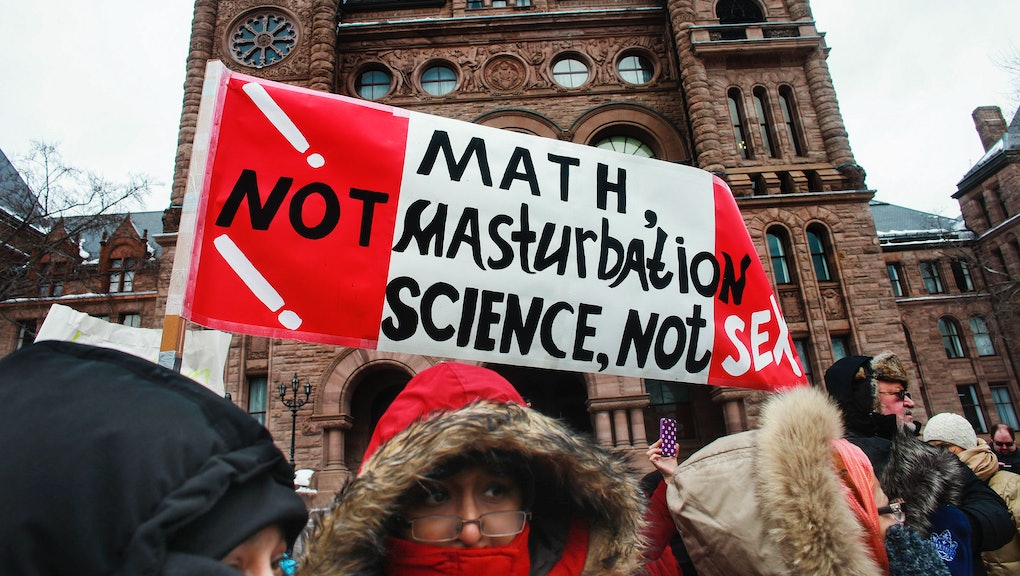 That's the question raging in Ontario this week, as parents and school officials in the province debate a new health and physical education curriculum that expands the range of sexual education topics to kids the parents deem too young. On Monday, a Toronto public elementary school's classrooms stood nearly empty, reported CBC News, as parents objected to the change and pulled out over 1,000 students from school. According to a letter posted on Facebook, parents are objecting to what they consider an "age-inappropriate" curriculum.

It also acknowledges content involving marriage equality, sex in the digital age and social media trends, notes writer and Canada parent Karyn Pickles on The Huffington Post. For the younger kids, the focus is on understanding their own body parts and "skills for healthy relationships with peers and families, like showing respect."

If it all sounds pretty rational, that's because it seems to be — and organizations like Planned Parenthood are hitting back against the protests and hysteria with a campaign of their own. On Monday, tweets containing #supportsexed started flowing. They demonstrate just how many good reasons we have to teach sex ed:

To counter the spread of misinformation

To embrace all gender and sexual identities

To introduce the concept of "consent"

The protests over the new sex ed curriculum has never been better proof that we need it.