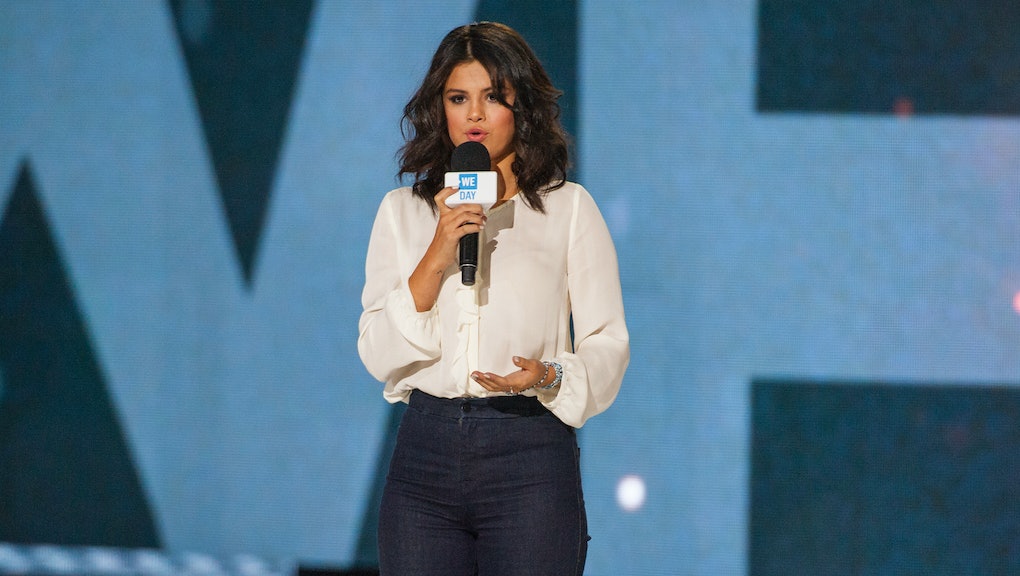 Selena Gomez does not have time for Instagram trolls.

When a user wrote to her that she needed to "work out" and "stop eating junk food" if she was going to make it in "the business," her takedown was spot-on.

"You're disgusting. I'M IN the business," she wrote, "and I could care less about what 'they' or you say I should look like. I don't need to do anything other than love myself, take care of my work, fans, family and friends." In a follow-up post, she reportedly added, "I do work out. It's not your place to tell anyone what they should or should not do."

The original stream appears to have been deleted, but a screen grab of the alleged confrontation has been making the rounds on Twitter.

The apparent exchange was another example of celebrities speaking out against unrealistic body expectations. After being criticized for weight gain during her pregnancy, House of Lies and Frozen star Kristen Bell told Redbook in 2013 she was "not a woman whose self-worth comes from her dress size." Actress Mindy Kaling memorably defended her curves in a 2014 interview Jimmy Kimmel, saying it took work to look like a normal-sized person and she wouldn't apologize or feel bad for anything.

As Cosmopolitan pointed out, since the comments all appear to have been deleted, there is no way to 100% verify the thread isn't just the result of Photoshop magic. That, however, doesn't seem likely. Anonymous trolls fat-shaming women who love their bodies is nothing new. It isn't even the first time for Gomez, who has repeatedly faced trolls when showing off a more curvaceous look.

Beauty comes in all shapes and sizes, and it is important that celebrities like Gomez reflect that. Body-shaming trolls need to be shut down wherever and whenever they emerge, because #LoveYourself is a message which can never be repeated enough.