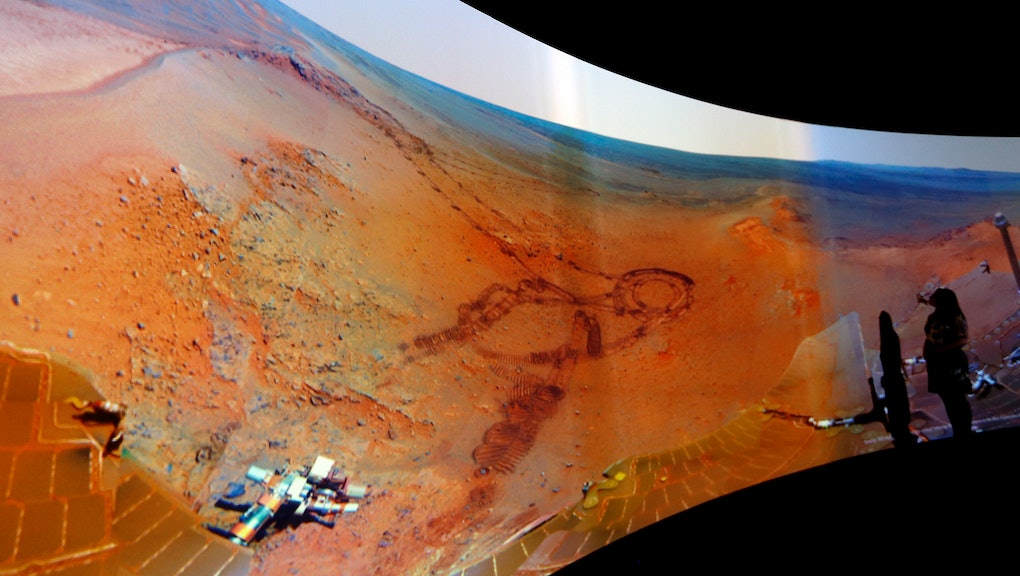 Mars One, which plans to send civilians to colonize the Red Planet by 2027, is already controversial. Financial worries, exaggerated support, terrifying predictions of death and colony-wide explosions — it seems like the litany of concerns for the mission never ends. The most devastating roadblock? It turns out that the settlers might not make it to Mars without suffering brain damage.

Scientists from the University of California, Irvine, discovered that exposure to galactic rays in space wreaks havoc on the body's central nervous system, causing damage so severe that it impairs cognition. While the tests weren't administered on active astronauts, this is a huge problem for something as complicated as space travel.

Charles Limoli, a professor of radiation oncology in UC Irvine's School of Medicine, explained his concerns to the space-news site Kurzweil. "Performance decrements, memory deficits and loss of awareness and focus during spaceflight may affect mission-critical activities, and exposure to these particles may have long-term adverse consequences to cognition throughout life," he said.

This has been the case for mice: After only six weeks of exposure to the highly charged "space" particles, lab animals had notably decreased brain activity, scientists observed. They noticed the exposed group got confused easily and didn't explore their situations when run through experiments.

That's not a good sign for humans, either: Astronauts will rely on their brains to complete tasks and experiments that regularly put their lives in danger.

On a mission to Mars, which clocks in at roughly three years, astronauts won't be able to avoid the galactic particles. The rays travel at the speed of light and can pass through the walls of the Mars-bound spacecraft.

Here, the exposed lab mice get confused when put through the same memory tests as the non-affected control group. They can't complete the tests that they passed before exposure.

We shouldn't hold our breath for Mars One: Mars One is a private space company so hell-bent on going to Mars that it's glossing over some pretty key details — like the low likelihood of raising its $6 billion budget, or that the CEO's vetting process for potential flight candidates consists of little more than Skype interviews.

Even Neil deGrasse Tyson, famed astrophysicist and host of the new National Geographic show StarTalk, doesn't believe Mars One will be the team to make humans on Mars happen. It costs billions of dollars to realize a mission like this, and if Mars One is still asking candidates to buy merchandise as a means of funding the project, it's probably going to come up short.

But people are already on their way: Two astronauts are now six weeks into a year-long mission in space. How are their brains doing in space? So far, astronauts on long missions have mainly reported feelings of euphoria. But traveling farther from our planet, and for a longer period, could put astronauts in situations risky both for the immediate mission — and for their lives when (and if) they return to Earth.