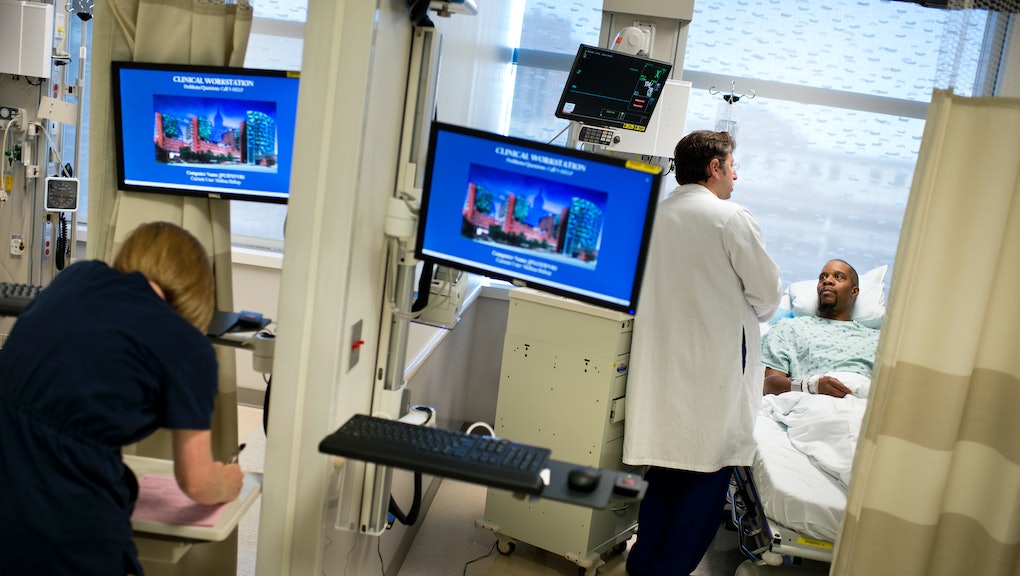 Before This Teen's Tragic Death, He Made a Decision That Saved 50 Lives

Cody Souders' death from an accidental drug overdose could have just been another tragic statistic, but because of a decision he made earlier in his life, he's helping to save the lives of dozens of other people.

That decision? Souders was an organ donor.

Now, the 18-year-old college freshman's body is being used to help save the lives of more than 50 other people, CBS News reports.

"If there's a person that gets even another day with their child or their dad because of Cody's organs, it was well worth it to us, because we would do anything to get another day with him," Souders's mother, Amy, told CBS.

Virtually nothing was wasted. Souders' heart, liver and both kidneys went to lifesaving operations; his skin to burn victims; his corneas to the eyes of strangers. Veins, valves, bones and tendons were among the dozens of other elements sent to those in need.

The bigger issue. Souders was able to help so many people largely because the supply of donors is far smaller than the population that needs them. In 2013, there were more than 120,000 people waiting on an organ transplant, while the number of potential donors was under 15,000, the U.S. Department of Health and Human Services reported. While roughly 79 people receive organ donations each day, 21 others die waiting for transplants, HHS found, and in 2010, there were almost 2.5 million deaths in the United States. If just a small number of those people were as altruistic as Souders, America could end the donor waitlist overnight.

While the U.S. is certainly not alone in struggling to bridge the gap between donors and patients, other countries have led the way with innovative approaches to shrinking the disparity. The English state of Wales took a novel step with a "presumed consent" law that automatically lists people as organ donors unless they decide to opt out. The law is set to take effect in December 2015.

Israel, meanwhile, instituted an ingenious scheme known as "don't give, don't get" that gave organ donors priority over non-donors on official waitlists should they ever need an organ. That same year, 2010, Israel also began officially compensating donors for their efforts. The following year, the country reported a dramatic spike in organ transplant surgeries.

While Souders's story is inspiring, the lives of more than 50 people shouldn't have to rely on the tragic death of one person. Whether it's presumed consent programs or tweaked incentives, America needs a new approach to organ donation to address the shortfall. With every day lost being measured in lives, it's not an issue that can wait.