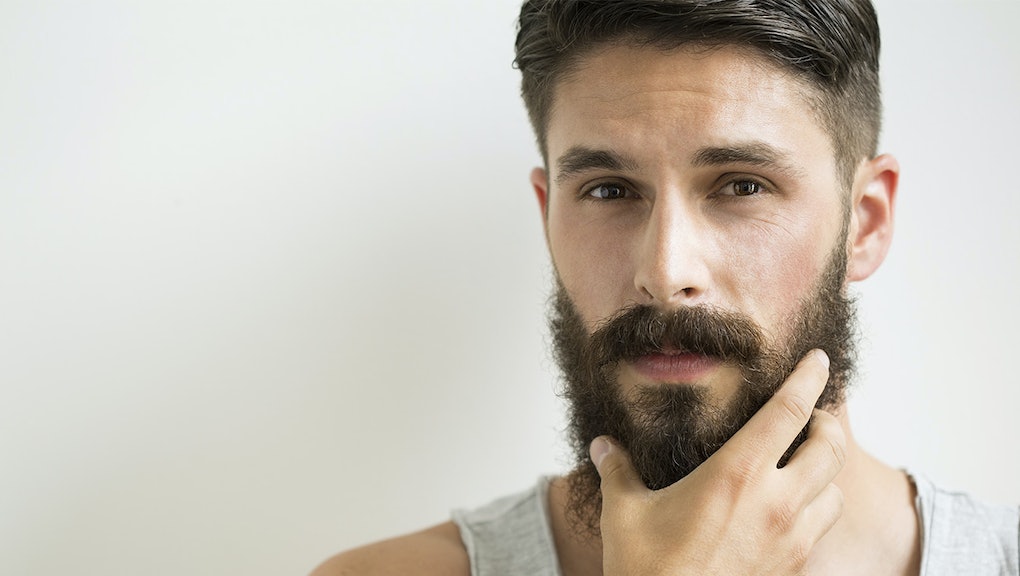 No, Your Beard Is Not Full of Poop

On Monday, the Internet went crazy with countless stories from publications such as New York magazine's the Cut, the New York Post, Mashable and Elite Daily warning that the ongoing fashion revolution in male facial hair could actually just be a Trojan horse for E. coli to stage a silent comeback. BuzzFeed even ran the story alongside photos of bearded male celebrities. In the past few days, millions of people have learned that beards are nasty poop-filled jungles brimming with unpleasant diseases.

The hysteria all started when a reporter for Albuquerque's KOAT 7 Action News, Royale Da, swabbed a few beards for a story. When she sent the results off to a microbiologist for study, Da reached a horrifying conclusion: Some of the beards "that were tested contained a lot of normal bacteria, but some were comparable to toilets" in the amount of bacteria commonly found in human waste.

According to Da, the levels of bacteria were high enough that if detected in a city water supply, it would need to be shut down for disinfecting. Or, as some publications put it, "Sorry Girls, Those Beards You Love Are Actually Covered in Poop."

But beard owners should relax. Your prized whiskers probably aren't brimming with poop. There are a few obvious problems right off the bat. The original source of the data had a small sample size and wasn't a controlled study, two issues that almost immediately disqualify the results from being called "scientific."

More to the point, the results didn't actually identify any feces in anyone's beard. Instead, the researcher noted in the original report, "Those are the types of things you'd find in [fecal matter]." Instead, all it did was identify traces of gut flora that somehow made it onto the beards. To put that in context, those bacteria can also be found on plenty of surfaces that aren't caked in poop, like on 1 out of 6 iPhones. Or your skin. Or your office desk and computer keyboard.

Sorry to say, but the number of things one could swab and come back with similar results is horrifying. When was the last time you disinfected your steering wheel? Faucet handles? Doorknobs? Welcome to the world of microbiology. Bacteria gets everywhere, which is just part of the reality of life, like unknowingly eating bugs all the time.

What you actually need to know: Germ-filled beards are definitely a cause for concern, but there's nothing to suggest that with good hygiene and proper maintenance, a beard can't be just as safe as any of these other items (although that part about "good hygiene" should be emphasized). A dirty beard is a dirty beard — there's hardly much news value there, let alone "scientific discovery."

While such "scientific revelations" might seem exciting and make for highly sharable stories (New York magazine's, Elite Daily's and Mashable's stories garnered 23,100, 33,000 and 76,600 shares respectively), it's important to keep in mind what "science" actually is, what it can tell us and when we should trust those findings. Randomly swabbing a few guys' beards and saying the same particles are also found is feces is much different than claiming, "Bearded men have poop on their faces."

So go ahead, fawn over Ryan Gosling and George Clooney. You probably touch a million dirtier things every day.