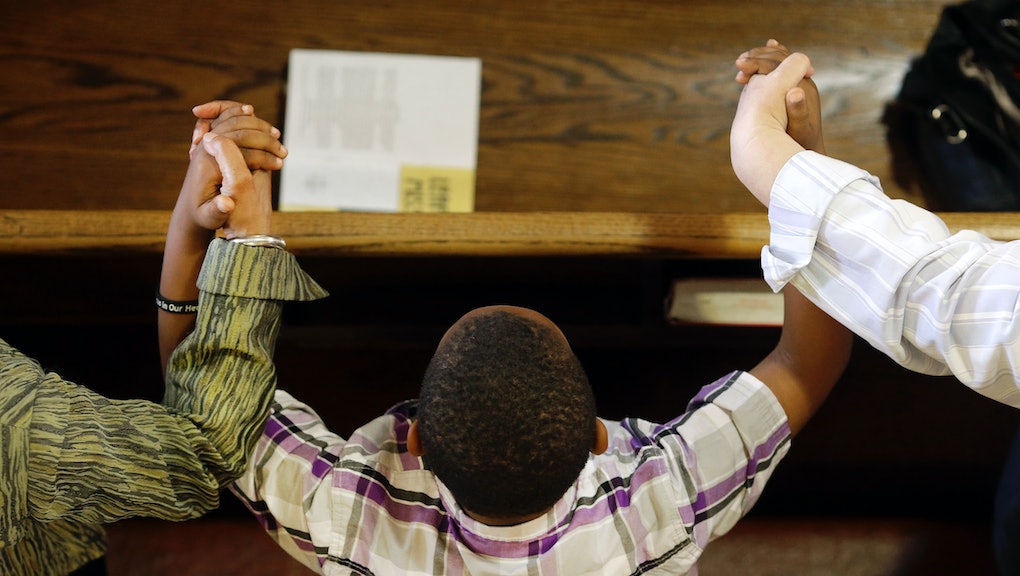 It's no secret black communities and law enforcement officials have had a historically turbulent relationship. That experience differs greatly for their white counterparts who, on the whole, feel they can trust police officers. A societal rift has been characterized by the different perceptions of police among these two populations and whether black people's overwhelming distrust of law enforcement is justified.

A poll from YouGov shows shifting opinions after several months of media attention dedicated to unarmed black people killed by the police, and whether the concerns of black protesters indicate a broader trend of police brutality — particularly against black Americans.

In January, 56% of white respondents told YouGov the fatal shooting of Michael Brown at the hands of Ferguson, Missouri, police was an isolated incident, compared with 31% who said it was part of a pattern. But in April, following the highly publicized deaths of Walter Scott in South Carolina and Freddie Gray in Baltimore, 36% of whites said Gray's situation was an isolated incident versus 38% who understand it as part of a trend.

What this could mean: It's much easier to dismiss institutional racism against black people when police brutality is understood as a collection of random events happening in isolation. But media coverage, social media and on-the-ground organizing points toward a trend that knows no geographic boundaries. Whether it's Ferguson, Baltimore or New York City, unarmed black people are disproportionately killed or brutalized by police officers in America. And, in many cases, there's little to no accountability.

This message has possibly become clearer for white people, if the YouGov poll, which came on the heels of the unrest in Baltimore, is any indication.

As it relates to any semblance of accountability for law enforcement officials, another poll released Monday by Pew Research Center shows 60% of whites and 78% of blacks agree bringing charges against the officers allegedly responsible for Gray's death was the right decision.

It's a far cry from the divided response following last November's announcement that Officer Darren Wilson would not be indicted in Brown's death. Pew's poll last December showed 64% of whites last said it was the right call, whereas 80% of blacks disagreed. The same could be said for Eric Garner's choking death, where nearly half of whites said it was correct to clear New York Police Department Officer Daniel Pantaleo, but 90% of blacks disagreed.

What a difference four months makes.

Is America finally starting to wake up? Each of the three cases highlighted in Pew's polling — Brown, Garner and Gray — were characterized by large-scale public protests for days on end, prompting increased media coverage (even if there are mixed reviews about how fairly the media actually covered the situation in Baltimore). With the issue remaining part of mainstream discussions for several months now, with no sign of ending anytime soon, perhaps with more time will come more understanding. And, perhaps, a move toward lasting solutions.