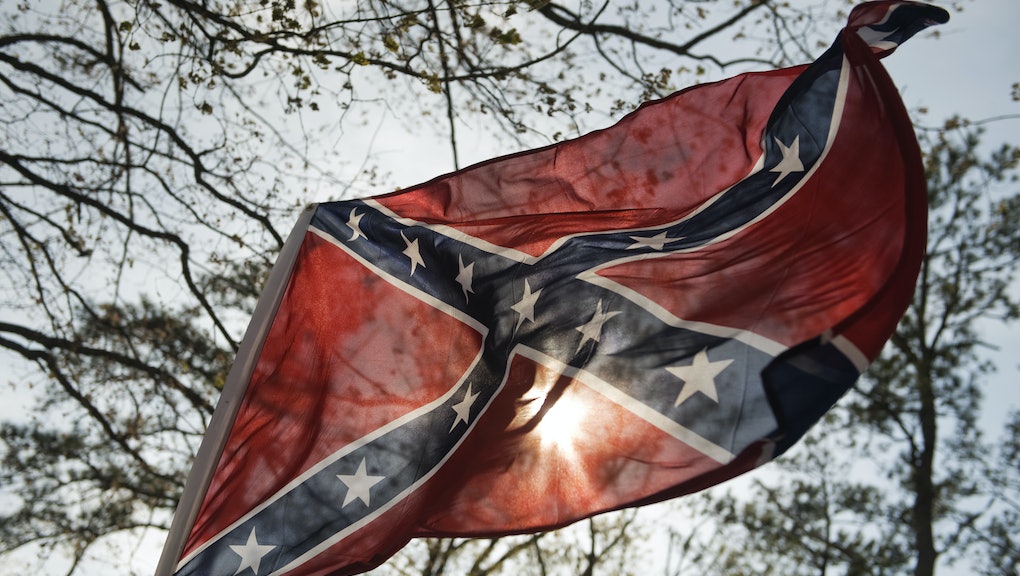 Eight Colorado high school students are facing a backlash after a very unfortunate group photo they took before their prom drew some unwanted attention online.

The image shows three boys and five girls standing in their Sunday best around a Confederate flag. Two of the girls are holding large rifles, while others crouch on the ground making gun gestures with their hands.

The photo was taken before Chaparral High School's prom in Parker, Colorado, on Saturday, Raw Story reported. After the photo began making the rounds on social media, many spoke out. The mother of one of the individuals in the photo defended her son, telling local Fox31 Denver that he had been surprised to see the flag and guns were brought out for the photo, and that she was saddened many parents had supported taking the picture. Speaking to the station anonymously, she said:

Several recent stories show teenagers have an unfortunately poor understanding of how to handle this piece of painful American symbolism. Just a few weeks ago, during a Civil War field trip to the battlefield of Gettysburg, a group of East Chapel Hill North Carolina students posted a similarly offensive photo with the Confederate flag to an Instagram account. "Already bought my first slave," someone commented underneath.

And in Colorado several weeks ago, a student at another high school was rebuked for displaying the flag on his pickup truck during the school's diversity week.

White America's bizarre obsession with the Confederate flag has, at times, extended into the highest reaches of government. Former Virginia lawmaker George Allen proudly sported a Confederate flag in his office as a member of the House of Representatives before he was elected governor in 1993.

Baltimore Orioles manager Buck Showalter observed during the recent protests in that city, "I've never been black." The sentiment, while obvious, is probably one that was lost on the students in Colorado when they took their photo. Anyone considering taking casual pictures with a 150-year-old symbol of American slavery and oppression, however, would do well to keep in mind Buck's reminder.