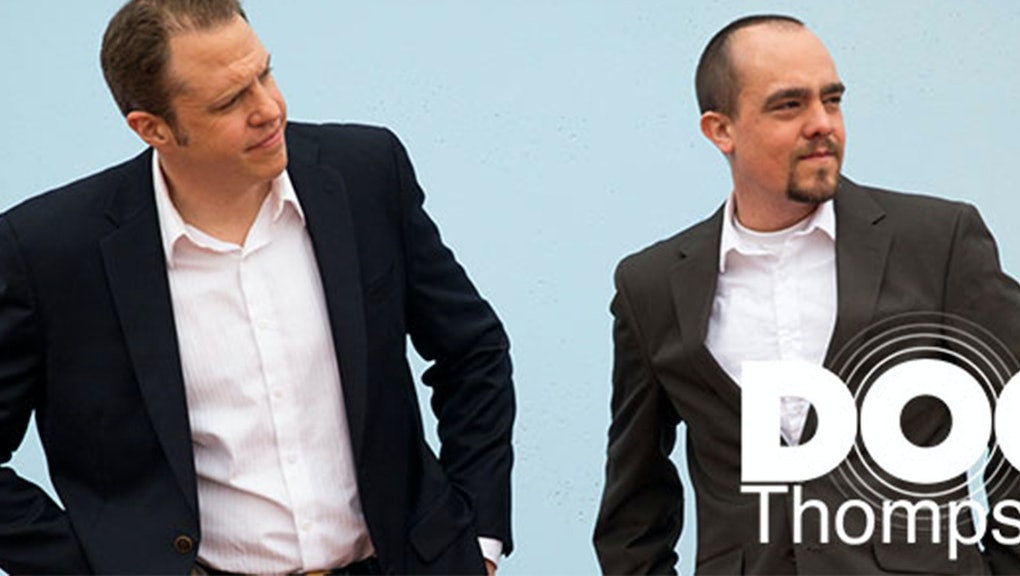 Women Brilliantly Hijacked This Sexist Hashtag — And Made It Empowering

Feminist, socialist, communist, liberal. They're all dirty words, right? Conservatives have done a great job of co-opting language in order to convolute what progressives stand for and put them on the defensive.

Right-wing radio host Doc Thompson of The Morning Blaze on TheBlaze Radio Network reminded the world of this Sunday evening when he sent out an offensive tweet with a hashtag to target, belittle and humiliate people who believe women should have equal rights to men: #HowToSpotAFeminist. Thompson and his followers have been assigning stereotypes of "hysterical women" to the hashtag.

The ensuing responses were particularly disheartening at first and about as awful as one would imagine they'd be.

Thompson is still advocating this movement, tweeting the following as recently as Wednesday morning:

And his response to the outrage was about as immature and nonsensical as his hashtag — not to mention the irony of his accusation of exclusivity on the part of indignant feminists.

Thankfully, it didn't take long for tweeters to get wind of this deplorable fad, and they quickly reclaimed the hashtag, turning it into something empowering instead.

A quick look at Thompson's official Morning Blaze Facebook page reveals a long and celebrated history of sexism and racism, so his latest move should come as no surprise to those who know him. The Blaze is a media outlet well-known for its conservatism and operates on a number of mediums, including print, TV and radio.

While movements such as Thompson's anti-feminist stunt — not to mention his show — are an affront to those who fight for and believe in human rights, there is some consolation in the backlash. The best anyone can do in the face of bigotry and oppression is hold oppressors accountable and push back with dignity. High-five to a huge portion of the Twittersphere who did just that.