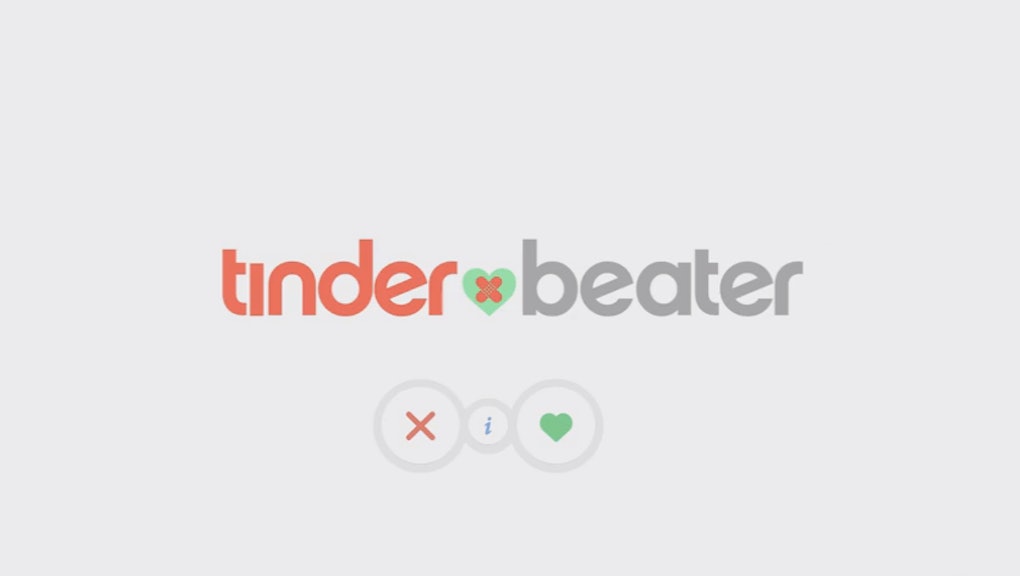 A new campaign for Tinder tries to prove that "even the most promising of relationships can get ugly in an instant."

The organization Women in Distress teamed up with the ad agency Bravo/Y&R and used Tinder to release a campaign raising awareness about domestic violence. Though the project's name, Tinder Beater, is certainly questionable, Bravo/Y&R said in a video describing the project that the goal is to show anyone can be abusive, and urges women to "get help immediately at the first sign of violence."

A widespread problem: One in 4 women has endured severe physical violence from an intimate partner, according to the Centers for Disease Control and Prevention. Nearly 1 in 5 has been raped, and 1 in 6 has been stalked, according to the same report.

"Every nine seconds, a woman is domestically abused in the United States," the video's narrator states. "Violence that comes from men that most of the time started the relationship as their perfect match."

"So we decided to raise awareness to this problem in the place where women are looking for their matches in the mobile era," the narrator explains. "We transformed the most-used dating app into a vehicle against domestic violence."

Tinder Beater — seemingly without any kind of warning — inserts photos of apparent potential abusers into users' catalogue of potential matches. The images of these men grow increasingly violent.

Far from perfect: The campaign, though clearly well intentioned, is far from perfect, and may even reinforce stereotypes about domestic violence. The name Tinder Beater, for instance, not only lacks sensitivity but reduces what is in reality a complex cycle of abuse — in which tension builds, abuse is perpetrated and a "honeymoon phase" follows —  to just the act of abuse itself. The concept that abusers are ticking time bombs who embody a stereotypical, obvious characterization of masculine anger overlooks the many types of less obvious, yet equally damaging, abuse — like emotional, verbal, sexual and financial abuse — as well as the fact that not all intimate partner violence is perpetrated by men.

Additionally, urging women to leave at the first sign of violence fails to acknowledge the many complex reasons why victims of domestic violence stay with their abusers, including the financial, emotional and practical realities that keep countless women in abusive relationships.

It's encouraging to see technology creatively used to address a very serious, pervasive issue. Hopefully future efforts will not sacrifice nuance and accuracy in exchange for reaching the masses in a flashy way.