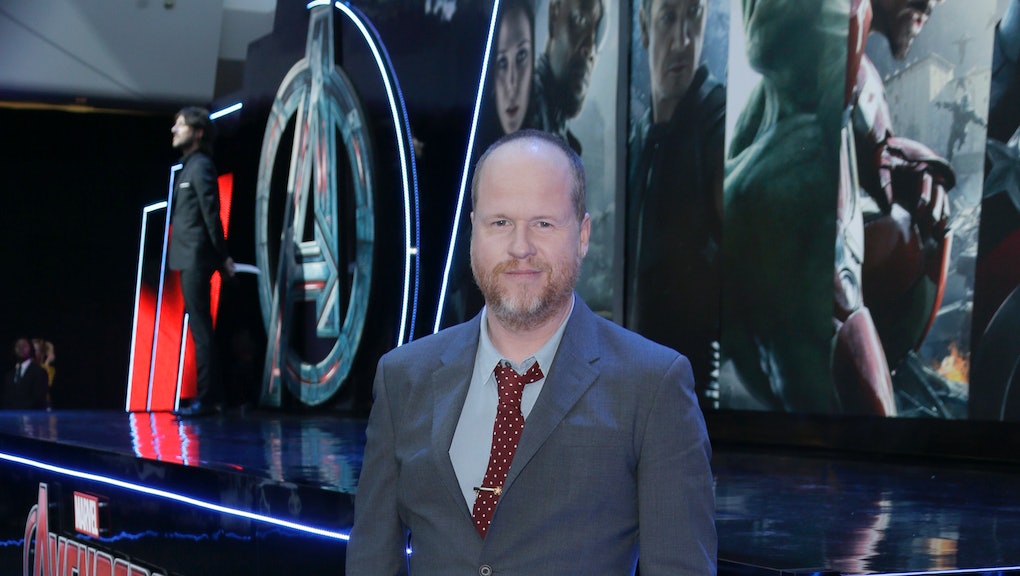 Joss Whedon Confirms Militant Feminists Did Not Push Him Off Twitter

The Avengers: Age of Ultron filmmaker and creator of cult favorites like Buffy the Vampire Slayer and Firefly sent one final tweet thanking his supporters before deactivating his account, some say due to overwhelming criticism about the portrayal of the Avengers' characters Black Widow and Quicksilver.

The Twitterverse was sad, angry, confused and looking for answers after Whedon fled. Comedian Patton Oswalt spoke truth when he explained (in a Sunday tweet that seems to have been deleted as of Wednesday) how Twitter liberalism can be just as moralistically hounding as conservative trolling online:

While writer Roxane Gay nailed that what Whedon experienced was much like what women experience online on a daily basis:

Where did he go? Whedon clarified Tuesday to BuzzFeed that "militant feminists" did not, in fact, drive him off Twitter. He left because he said it was distracting. "I just thought, 'Wait a minute, if I'm going to start writing again, I have to go to the quiet place,'" he said. "And this is the quietest place I've ever been in my life ... It's like taking the bar exam at Coachella. It's like, 'Um, I really need to concentrate on this! Guys! Can you all just ... I have to ... It's super important for my law!'"

Not only can social media impede productivity, Whedon contends that Twitter also stifles creativity by being a platform about politics and identity politics. And while the constant stream of opinions can become consuming, Whedon said he now has a better understanding of his own place, or subjectivity, within the sphere of feminism through his Twitter experience.

"For someone like me even to argue about feminism — it's not a huge win," he told BuzzFeed. "Because ultimately I'm just a rich, straight, white guy. You don't really change people's minds through a tweet. You change it through your actions."

He cites his friend, Feminist Frequency creator Anita Sarkeesian, as someone who is more than able to hold her own on Twitter:

"For someone like Anita Sarkeesian to stay on Twitter and fight back the trolls is a huge statement," he said. "It's a statement of strength and empowerment and perseverance, and it's to be lauded... The action of Anita being there and going through that and getting through that and women like her — that says a lot."

Even in quitting Twitter, Whedon has created ripple effects for others who participate on the social media platform. Not only does he offer wise and inspiring words for feminists and artists, he perfectly conveys the extent to which our humanity is being compromised, daily, by our need to tweet.