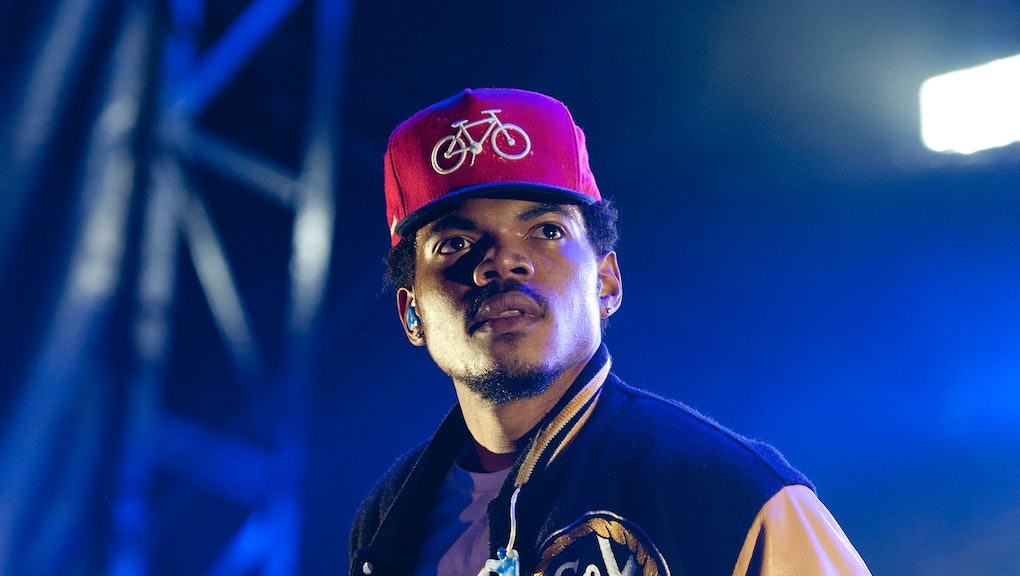 Complex published an interview with Chance the Rapper on Tuesday. He and interviewer Brian Padilla covered all of the usual subjects. And then Padilla brought up Baltimore.

Padilla asked: "A lot of hip-hop artists have been speaking out about the situation in Baltimore — and beyond. Do you feel, as a prominent black man in the industry, that you have the responsibility to say something about police brutality?"

On the importance of information: "I think it's important for me to be qualified to have an opinion on it, and it be informed, but I don't necessarily think using my platform is always the right thing," he explained. "If they're getting it directly from an uninformed source, or they're getting it from a source that they don't really have a filter on in terms of how they take it in, it kind of becomes more propaganda."

Chance makes it clear that engaging with these issues is his responsibility as a person and not just as a famous person. His stance, then, is to encourage people to learn and think for themselves rather than listen to him. It's a very different tack than many other rappers have taken regarding Baltimore. Rappers such as YG and Freddie Gibbs have given precise prescriptions for how people should behave and interpret the situation. These expressions are valuable and can offer guidance, especially since we need voices other than politicians and pundits if we're going to have real democratic discussions about these issues.

Chance, in refusing to be prescriptive, advocates real knowledge and real engagement. He'd rather foster a discussion than direct one.

"I try to explain to people a lot: There is no singular black experience or black opinion or black thought," Chance told Complex. "We are united in a lot of experiences. Because I'm a black man, the life that I live is a part of the black experience, but it's not something I can just pass off as the ultimate."

Chance the Mentor. Chance realizes he has influence, but he sees himself as more of a conduit than an educator. When asked about his late mentor, poet, activist and educator Mike Hawkins, Chance said he intended to take up his role as a leader for his community.

"I'm not a mentee anymore. I'm not a young artist in the same place; I'm not hungry for the same things," Chance said. The "gratification of being donned a great rapper isn't as important as giving people the resources they need in order to make the statements they want to make."

He's done so by creating an open mic series in Chicago, providing youth a safe space to express themselves. He's helped donate to public schools and he has continually shown that expressing yourself in any wacky way you like does not make you any less hip-hop. In everything he does, Chance proves it's more important to encourage a person to think and engage with the world in all its thorniness than it is to tell them what to think. His stance on Baltimore only proves it.