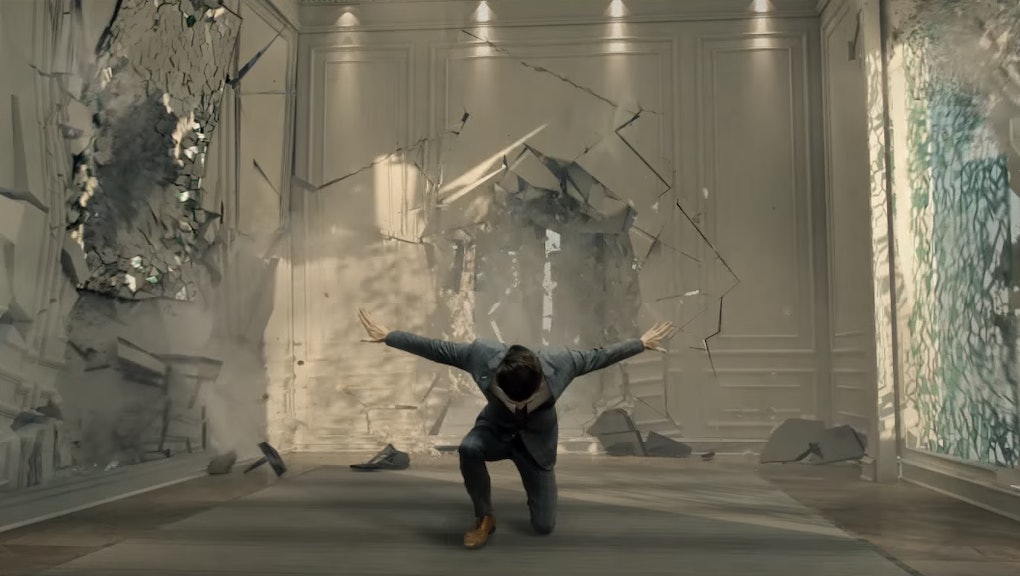 The First Virtual Reality Theme Park Will Blow Your Mind

Strap yourself to the seat, put on your head-mounted display and get ready to fly through a virtual city in a weaponized fighter jet. This is the world's first virtual reality theme park, where you're the main character in scarily lifelike adventure simulations.

How does it work exactly? If you've heard anything about the Oculus Rift, a virtual reality headset for gaming and other video simulations, the VOID is the next logical step: entire buildings corresponding to a video game world. Players move through an alien landscape while firing guns or slaying dragons.

"We are fulfilling a promise of what a virtual reality experience can and should be," Ken Bretschneider, the VOID's CEO and cofounder, said in a statement, according to the Salt Lake City Tribune. "Until now, we have only seen experiences like the VOID portrayed in science-fiction films and novels."

Players enter different gaming "pods," or rooms designed around different games, wearing a vest and a head-mounted display called "Rapture." With the display on, players enter the game in 3-D, where they'll experience simulated "changes in elevation, vibrations, heat and cold sensations, moisture, and simulated liquids and smells," according to the Tribune. The vests use "haptic feedback" — the same technology used by the Apple Watch to vibrate or tap when it receives messages or GPS directions — to provide sound and sensation.

The preview video makes the concept seem unfeasibly advanced, considering the Oculus Rift won't even be released until 2016.

Jason Mudrock, SWAT sergeant at Unified Police Department in Salt Lake City, tested the technology for its real-world training possibilities. "The VOID's technology was able to envelop me in a 3-dimensional environment that allowed me to move and interact with the environment all while experiencing stimuli to all five senses," he said in a review on the company's website. "This is the future of military and law enforcement training tools."

Fortunately, you won't need to make Utah-bound travel plans if you want to try it out. The VOID plans to open in major cities around the United States.