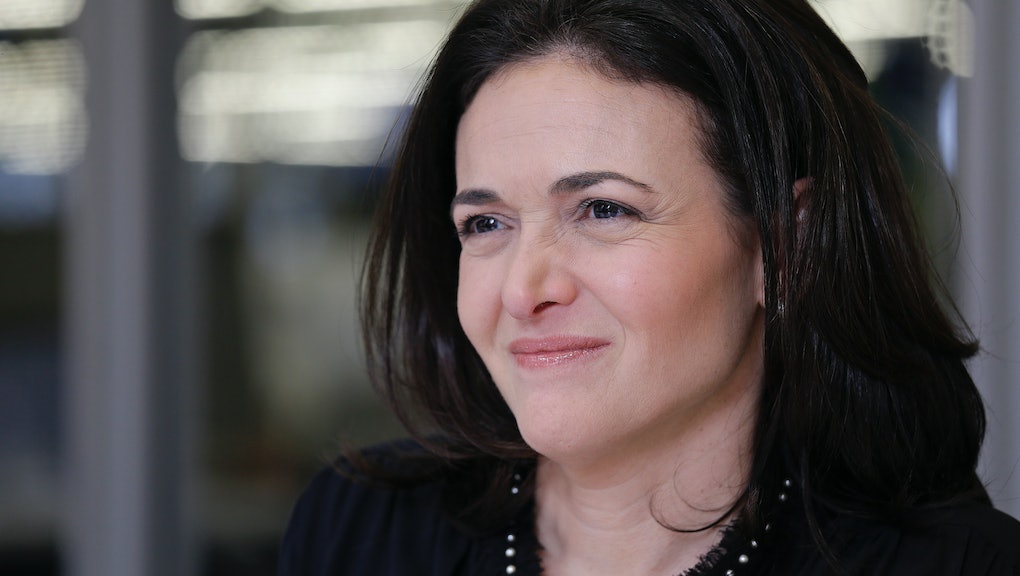 Women can do a few things well: make sandwiches, look pretty, pop out children like there's no tomorrow and assure men that, yes, that tie looks best with that suit jacket.

But one thing they definitely can't do is work in the tech industry. Silicon Valley, the hallowed land of nifty gadgets and startups with names like Nexmo and Wuf, is a boys' club, and for good reason: Men know the territory best.

All those angry women yelping that the industry needs more female representation are sorely mistaken. In fact, if women were ever to sit in the driver's seat of a tech giant, we're pretty sure the entire operation would collapse within a matter of hours.

Don't believe us? Check this out:

2. Women only succeed with men's help.

Everyone knows women can't succeed in tech on their own.

Just ask Jess Lee, a former apprentice of Mayer, who's now the CEO of Polyvore. She started out as a user of the fashion and style organization site, but soon made her way all the way up the ladder.

Or Cynthia Breazeal, the founder and director of MIT Media Lab's Personal Robots Group, which was behind Nexi, a personal robot Time listed as one of its best inventions of 2008.

Or Sangeeta Bhatia, who won the $500,000 Lemelson-MIT prize for "designing and commercializing miniaturized technologies" in medicine.

Or Danielle Fong, who started her Ph.D. at Princeton University at 17. She's now the chief science officer and cofounder of LightSail, a company designing solutions for energy storage that also received a chunk of Bill Gates' personal fortune in 2012.

3. Tech companies have nothing to gain by hiring women.

It's simple: Gender diversity is bad for business. Women don't have any advantageous or special attributes that make them better at their jobs. Their presence certainly doesn't boost the performance of their companies.

Pfff. There's no way there's an entire 18,000-member organization of women coders spanning 14 countries. These nonexistent women coders don't regularly schedule meet-ups across the U.S. They don't work passionately with young girls to spark an interest in coding. And they've never, ever won the Turing Award, one of the most prestigious awards in computing.

It's not like women are taking over statistics, botany and health care services — three of the fast-growing areas in STEM.

They also haven't seen their representation in science and engineering jobs grow from 21% in 1993 to 28% in 2010. Nope, they're all definitely just interested in sewing and petting kittens.

6. Tech ventures created or run by men always succeed, and women would mess up this track record.

There have been no products or companies launched by men that haven't succeeded spectacularly.

7. Women don't use apps, so they shouldn't be in the industry at all.

Only men use apps. That's why only men should make apps.

Maybe we should talk about gaming. As Gamergate proved, sexism in gaming isn't an issue at all. I don't know why all these female game developers are being so dramatic about those death and rape threats.

9. After all, women can't even write about the industry, let alone work in it.

Take Kara Swisher, for example. As the co-executive editor for Re/code, a San Francisco-based tech-news site, she has no power in the media landscape, and the assertion that she's "Silicon Valley's most feared and well-liked journalist" is just plain wrong.

You should unfollow all of them.