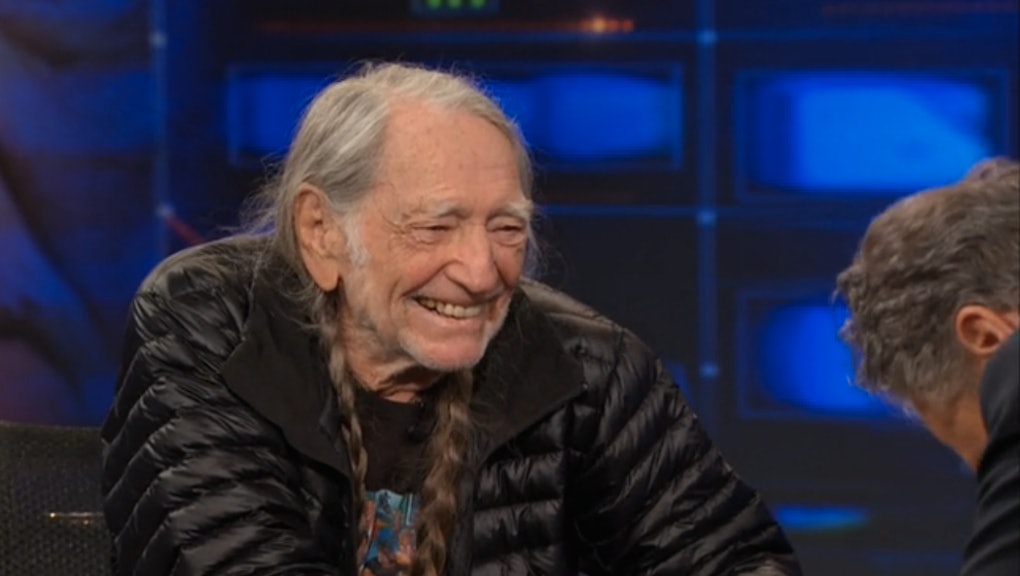 Country legend Willie Nelson released an autobiography this week, so he paid a visit to lifelong fan Jon Stewart and his Daily Show. Stewart got right to the point.

"You've been writing songs like 'Crazy' since the '50s, touring relentlessly, putting out the most prolific music [in] different styles," Stewart said before pausing. "How does someone who smokes so much pot get this much done?"

Stewart is right: In addition to writing lyrics since he was 7 years old, Nelson has been a prolific touring presence and one of the staunchest supporters of legalized marijuana.

"I never had a problem writing songs," Nelson told Stewart. "Whether they're good or not, I don't know. But writing a song wasn't hard work."

Some of his hardest work, ironically, came through his advocacy for marijuana. Though Stewart only touched on Nelson's history as a marijuana advocate, he's been a staunch supporter for a long time. Nelson sits on the advisory board of National Organization for the Reform of Marijuana Laws, supports political candidates with legalization agendas and even has own strain of cannabis products that'll soon be for sale, called "Willie's Reserve."

"Why do you want the criminals to make all the money off of this," Nelson told the Huffington Post in 2013, "when it's proven that it won't kill you unless you let a bale of it fall on you?"

Nelson is onto something. All it takes is one look at his interview with Stewart — it's obvious he's a man living happily by his own lights.