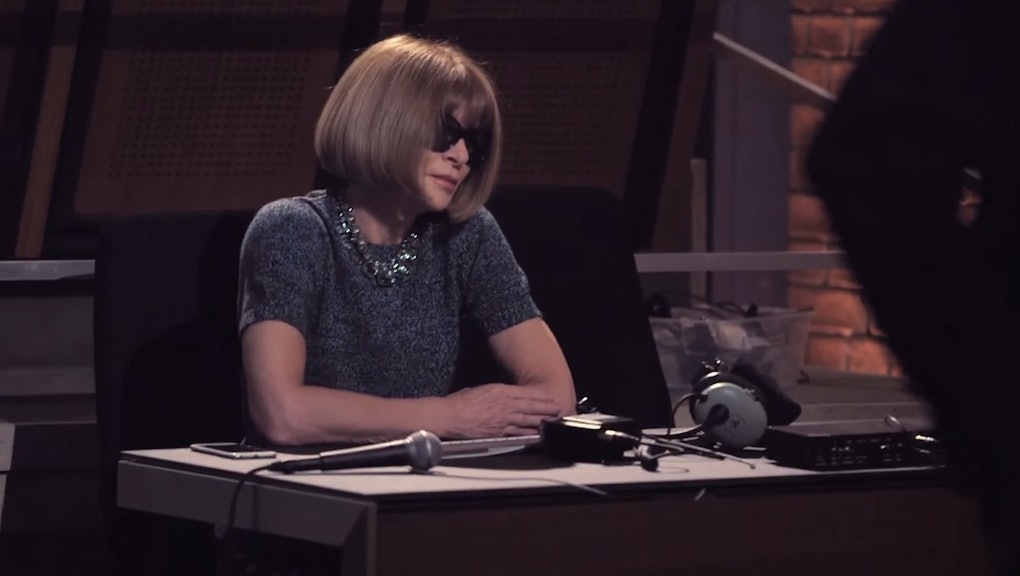 That's what a segment on Wednesday night's Late Night asked. In a parody of the 2009 documentary The September Issue, Meyers took viewers behind the scenes of what one of his employees jokingly called Late Night with Anna Wintour.

As the executive producer of Late Night, Wintour "rules" with just as much of an iron fist as she runs Vogue. Her decisions are swift and absolute. She pushes her writers to be funnier. She doesn't take any guff from Meyers.

She even makes his jokes funnier. After all, Meyers says in the clip, this is the woman who directed Animal House and told Jerry Seinfeld that Seinfeld should be a show about nothing.

In a particularly funny part, the show's writing team dresses up in tuxedos and gowns when she starts working there. Wintour doesn't get it.

As Fashionista points out, Meyers and Wintour have a longstanding relationship. She's invited him into the pages of Vogue several times, and her daughter is a segment producer on Late Night. It's one of the most delightfully weird relationships in entertainment — and if it produces more fun bits like this, we hope they stay friends forever. Even if she does make him cry.