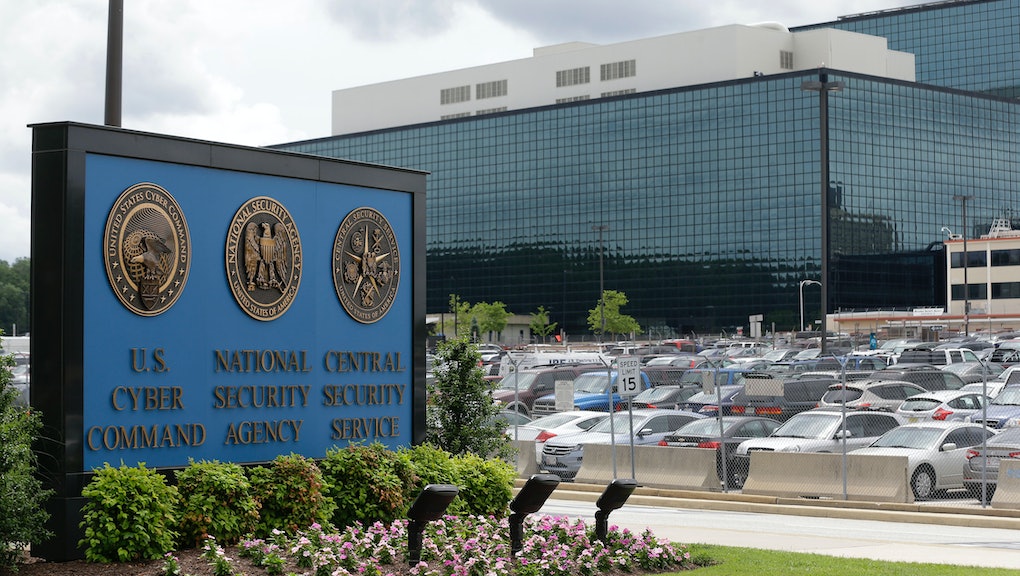 In one of the biggest court decisions on American surveillance and privacy in recent years, the National Security Agency's systematic collection and analysis of millions of Americans' phone calls is illegal, a federal appeals court ruled Thursday, the New York Times reports.

Contrary to the Bush and Obama administrations' insistence the Patriot Act justified the massive collection program, the New York-based Second Circuit U.S. Court of Appeals ruled the law, which was specifically designed to collect information relevant to fighting terrorism, could not be legally extended to a "bulk collection" of citizens' phone records.

"The text of [Section 215] cannot bear the weight the government asks us to assign to it, and ... does not authorize the telephone metadata program," the court wrote.

The court specifically did not go as far as to say the surveillance program was unconstitutional.

The American Civil Liberties Union originally filed the lawsuit in December 2013, claiming the mass collection violated citizens' right by way of the Fourth Amendment, but a judge dismissed the case. However, with Thursday's ruling from the appellate court, that decision has been reversed.

The case also marked the first time a higher-level court has actually reviewed the program which "sweeps in the phone numbers on both ends of a call, call duration and time of a call, has long been justified by the U.S. government, including the spy agency, members of Congress, multiple courts and the Obama administration," the Daily Dot notes.

The massive program collects roughly 200 million text messages every day. It can decrypt private phone calls, collect data from online gaming and even track credit card information. Thursday's ruling only specifically applies to collecting data from telephone conversations, but given the momentous nature of the court's ruling, it's very possible other suits could soon follow in an effort to ride the momentum and dismantle more of the Big Brother-reminiscent program.

Read the full ruling below: