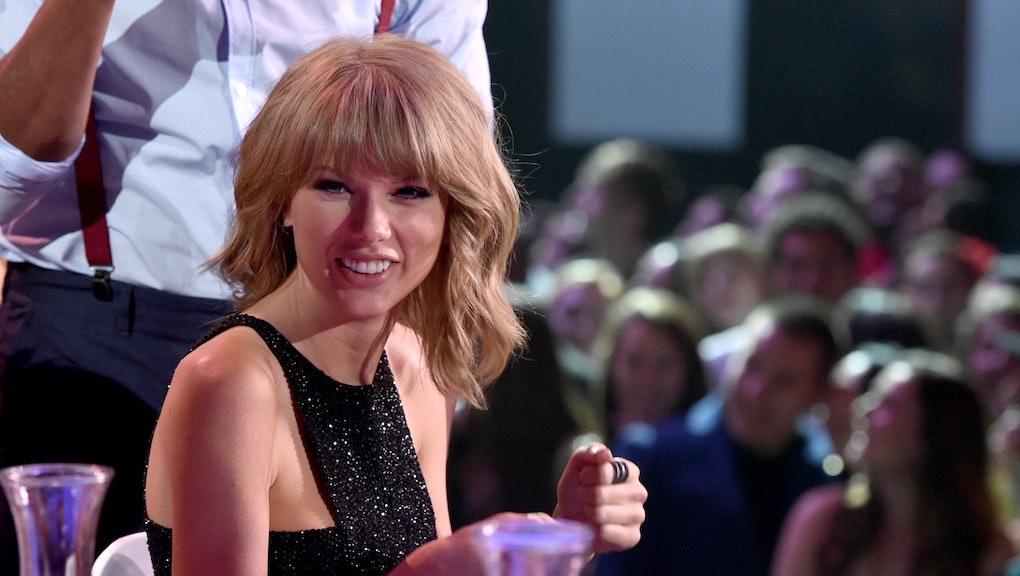 We're not just saying this because she's Taylor Swift: This might be one of the most spot-on descriptions of what breakups feel like that we've seen.

Swift's eloquent honesty might be thanks to Tavi Gevinson, a Swift gal pal (who isn't?) and the brains behind Rookie magazine, who interviewed Swift for the June 2015 issue of Elle. In what feels like a candid conversation between girlfriends because, well, it is, Swift opens up about the peace of mind she's finally achieved after getting over her exes:

"You know how it is when you're going through heartbreak. A heartbroken person is unlike any other person. Their time moves at a completely different pace than ours. It's this mental, physical, emotional ache and feeling so conflicted. Nothing distracts you from it.

That feeling of time passing slowly, nothing else mattering... and then, suddenly, one day, looking around and realizing how good things have gotten? Yeah, that sounds a little familiar.

Lyrics upon lyrics have told us that heartbreak is no joke. But as Swift expresses, it's true in a concrete, embodied way: You move differently through the world when you're enduring a breakup, to the point where your body feels off and your brain is a jumble (like, literally — the brain essentially gets addicted to the feeling of love, with breakups sending us into an agonizing "withdrawal").

That addicted feeling is why so many of us keep trying to "get our fix," in the form of texting, Facebook-stalking and obsessive dwelling. But while some dwelling can be healthy, as Swift describes, shifting your focus is what heals best (which may be, after all, why so many of us don't stay friends with our exes). Getting distracted and embracing the positive things still in your life — namely, platonic friends — can be the best way to shake that sluggish breakup feeling.

Writing about Swift's high-profile, ever-growing pack of female friends, BuzzFeed's Anne Helen Peterson noted that the pop star's friendships were strategic in making her appear relatable and lovable to fans. But perhaps they are also strategic in helping Swift herself build a life she loves, with or without a boyfriend.

Because as someone who's lived at least nine lives when it comes to romance, Swift not only understands that classic breakup feeling — she knows the realest way to get through it, by replacing old habits with new.

Our new habit? Listening to Taylor Swift whenever we can't figure out how we're feeling. Chances are, she knows.