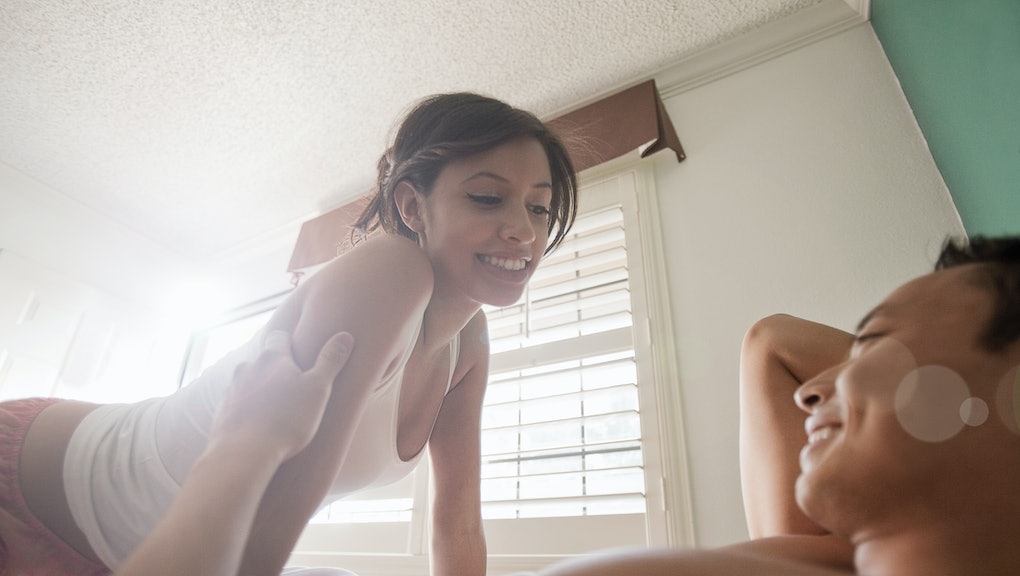 Why We Should All Stop Judging Each Other's "Numbers," Once and For All

Just how important is someone's "number"?

A study published in the Journal of Social and Personal Relationships asked 183 students with an average age of 22 about that classic question of sex numbers. It found about 60% of respondents had, at one point in time, lied about their sex number. Of those, nearly 20% had never disclosed their number of partners to anyone they slept with — ever.

Why are people lying or not telling at all? Turns out, the people who had the highest number of sexual partners were a lot less likely to disclose their numbers to their partners and reported feeling uncomfortable with safer sex talks.

In fixating on "sex numbers," we judge each other and end up lying anyway — instead of being honest about the conversations that could really make our sex lives better.

Pressured to fib? The tradition of being tight-lipped about our sex numbers is long established. According to data from Match.com's 2015 Singles in America study, recently released by the Wall Street Journal, 21.79% of men never share their numbers with their partners, while 21.81% of women never do.

We're not disclosing the number because we're afraid of our number varying drastically from our partners' and everybody else's and we fear rejection, Sean Horan, lead author of the study, told Mic.

While the averages vary, in surveys men's numbers always tally a bit higher. In the Singles in America study, men's numbers averaged close to 15, while women averaged about eight. The funny thing is "It's mathematically impossible if we're talking about opposite sex partners ... If you have a population of an equal number of men and women, the averages should match. They don't, and they never do," David Spiegelhalter, author of the book Sex by Numbers, told the Guardian's Science podcast.

So we fib. A 2014 survey of U.K. college students found that 20% of women lied and lowered their numbers, while 10% of men lowered theirs. (Meanwhile, 12% of men fudged theirs to make them bigger). The Singles in America survey found a similar result: 14.61% of men and 17.24% of women lied to lower their numbers. We all seem to be fibbing a little, with women feeling most compelled to do so.

As one woman answered when ask her number in a video for Elite Daily, "I'm a girl, so I say one."

Less judging, more talking: If we're in healthy relationships, our partners probably won't care too much about our pasts — after all, our partners have "sex numbers" too. When Mic asked men what they thought about the judgment around women's sex numbers, most resoundingly responded that they didn't care about the statistics.

"It seems personal [and] irrelevant, and I've never really been that curious. I guess I assume that they're ordinary folks with average numbers," Christopher, 33, said.

"Who gives a shit? What I feel is the past is the past and who cares how many people one person has hooked up with?" Andrew, 30, said.

What is important, on the other hand, is being able to talk honestly about our sexual pasts beyond body counts. A 2000 study found that, among college students, there was a strong correlation between being comfortable with communicating with your partner and safer sex communication in general. Plus, the benefits of good communication in bed go beyond our health — our sex lives improve and we're able to ask for what we really want.

So we should talk — just not about "numbers." If we can let go of number judgment, we can have actual useful conversations about sex that improve our sex lives. The number itself doesn't have any meaning — our sexual experiences and satisfaction?  That's what really counts.