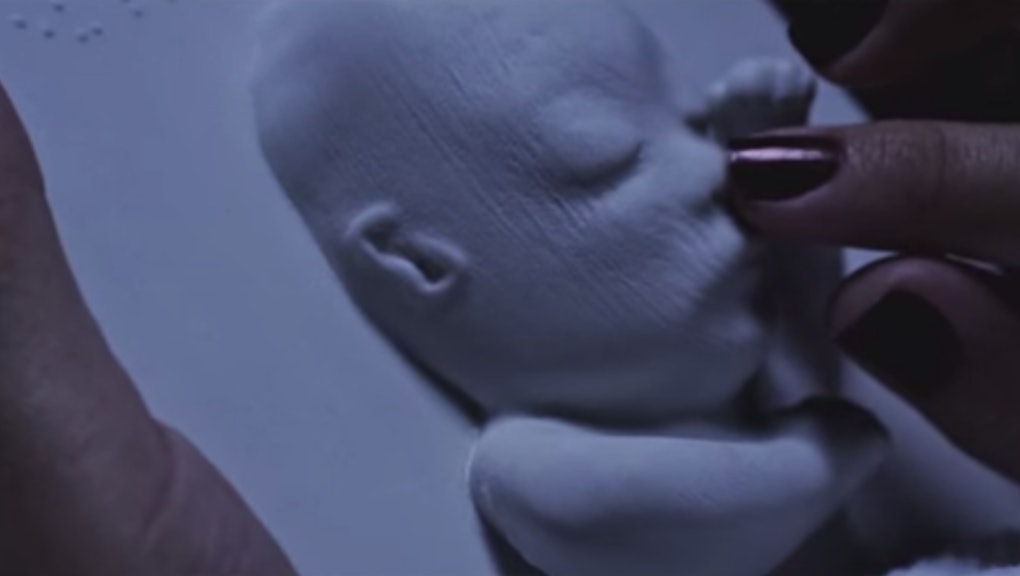 For most parents, an ultrasound is the first real glimpse of their baby. One mother-to-be experienced a very special version of this event — she got to touch her unborn baby with the help of a 3-D printed sonogram.

Thirty-year-old Tatiana Guerra lost her sight at 17, and she gets around in the world with the help of touch. Though she would ordinarily be unable to see her child, a video called "Meeting Murilo" shows Guerra receiving a 3-D rendering of her first sonogram, which allows her to feel her unborn son's features — round nose, little chin, small mouth.

"If you could touch him, would that let you know what he's like?" the doctor asks her. "Yes," she replies.

The video was produced by the Brazil branch of Kimberly-Clark, the parent company of Huggies, as part of its #CountingTheDays campaign; 3-D printing firm the Goodfellas helped with the technology, AdWeek reported.

According to the video, the process takes roughly 15 minutes and yields a small but accurate-looking representation of a normal sonogram. "I'm very happy to meet Murilo before he's born," Guerra says after bursting out in tears and laughter at the touch of the sonogram.

While it remains to be seen if 3-D printing can become the standard for visually impaired parents-to-be, it has potentially fascinating implications for prenatal care. It's also yet another glimpse into the incredible promise of 3-D printing. From prosthetic limbs to sex toys, the technique is making waves in a range of areas.