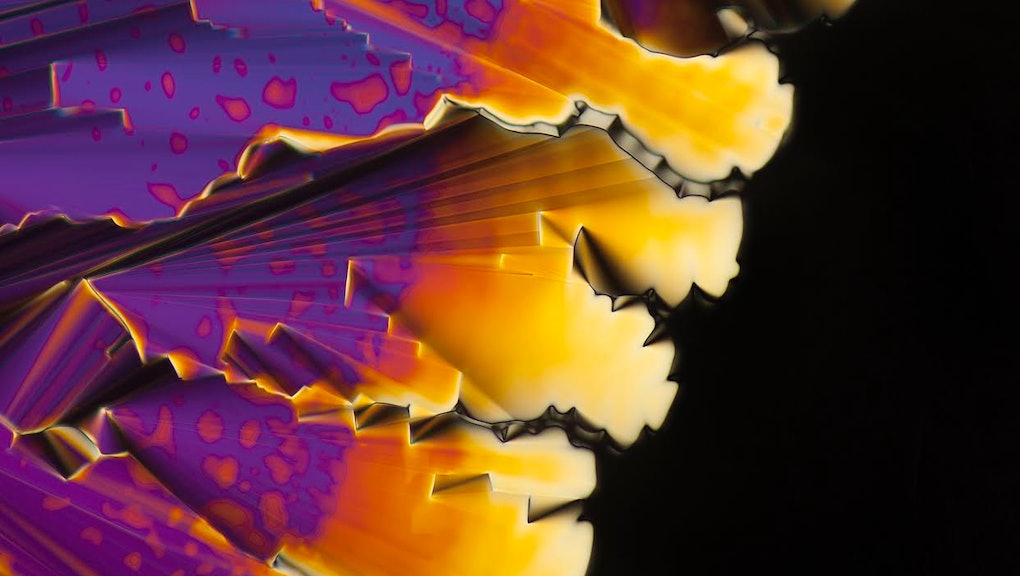 These 5 Stunning Images Could Change Everything for Autism

To most of us, these are just beautiful photos, highly saturated abstract paintings or, in some cases, original songs. But to doctors, they tell a different story.

These stunning images show DNA sequences of patients with autism.

Advocacy and research organization Autism Speaks wants to build a massive library cataloguing 10,000 DNA samples of patients with autism to help doctors learn more about the disorder. As a collaboration with New York ad agency BBDO NY, Autism Speaks is trying to raise funds for the MSSNG Project, the world's largest database of sequenced genomic information, to make that library a reality — and put it on the Google Cloud platform, so doctors from around the world can access it at any time.

"MSSNG has the potential to change the future for millions of people with autism, and this event is designed to heighten its awareness," Liz Feld, president of Autism Speaks, said in a statement.

How the photos are captured: Starting with the DNA sample on a glass slide, biochemist and photographer Linden Gledhill uses a microscope capable of magnifying up to 1,000 times. He waits for the water in the DNA solution to evaporate and crystallize the remaining DNA. The reason the images look so vividly colorful? The polarizing light, obscured by the DNA crystals, which creates interference — and the wild patterns you see above.

By late March, 2,000 of the DNA genomes had been sequenced. Eventually, all 10,000 DNA samples will crystallized and photographed, creating stunning images of what autism looks like on the most basic scientific level. Some sequences will even be turned into music.

It's a visual diagnosis of autism subtypes, one for each autism study in the library. The proceeds made from selling each print go to MSSNG.

It's kind of a freaky concept: You could have the most intimate, characterizing information of someone framed in your living room. What's more, that new artwork hanging in your house could be the key to answering the questions about a spectrum of disorders that has steadily risen in the last few decades.

"We aren't stopping at 10,000," Robert Ring, chief science officer of Autism Speaks, told Nature. "MSSNG has been built to manage hundreds of thousands of genomes, and expect it to become the home for the entire field's sequencing data."

These images are the genetic building blocks of people helping pave the way for autism research in the future.