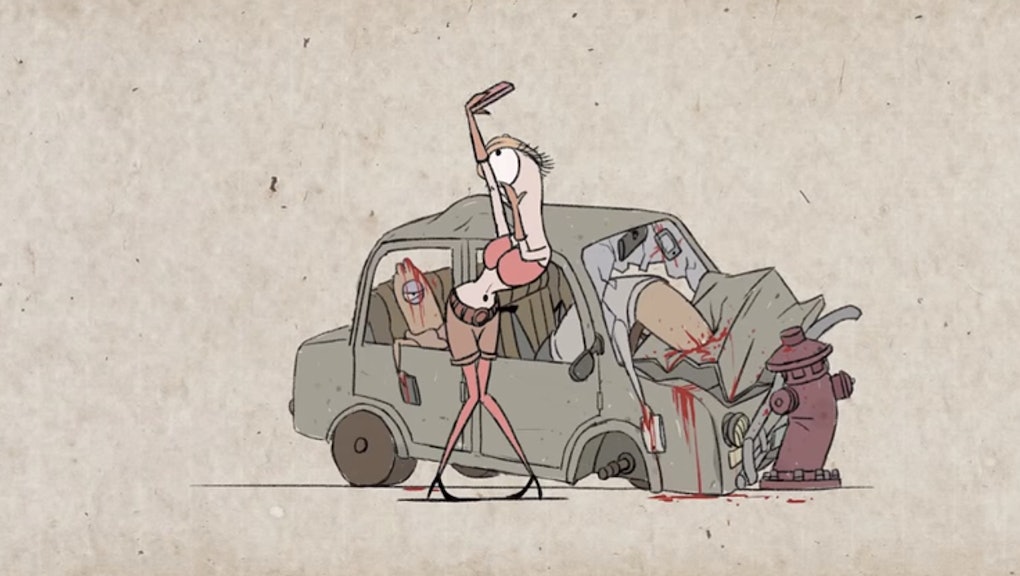 Here's the Short Animation Everyone With a Smartphone Should See

A woman is so engrossed in her phone that she sits on her cat, crushing it. She rattles a chair, sending a cake flying into the face of the man behind her — who is, of course, too busy texting to notice. A doctor gives a patient an injection, but misses his butt, stabbing him in the head instead.

Fortunately, all of the above comes from an animation, not real life.

Min Alxe, a student at the China Central Academy of Fine Arts, created "Life Smartphone," a darkly funny commentary on our culture's smartphone dependence. It shows different characters moving through the world and dying gruesome deaths while not paying attention to what's around them.

Some of these risks aren't unrealistic. Exploding planets and rampant deaths aside, "Life Smartphone" is inspired by a few very real smartphone-influenced maladies that affect today's society. Prolonged phone use can have adverse effects on health: Some people exhibit vision loss, others have wrist problems and finger numbness. In 2012, a British study concluded over 60% of study participants suffered from nomophobia — the fear of being without mobile contact.

There's even a condition called "text neck," poor posture resulting from extended phone use, which can lead to spinal issues.

The animation is as silly as it is morbid. But it's a frightening glimpse into a dystopian future, revealing what could happen if we simply never look up from the screens in front of us.