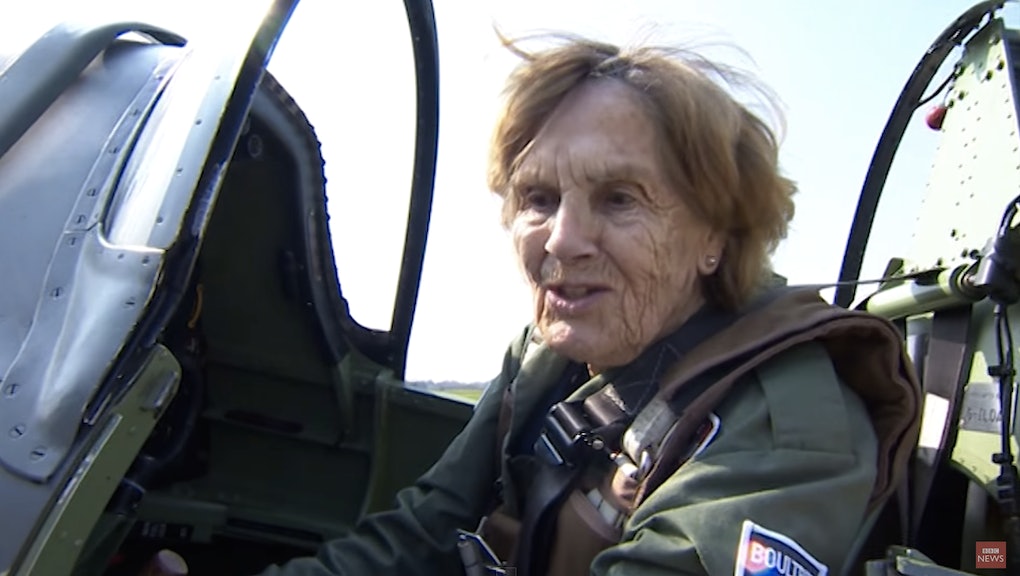 If you're trying to figure out the best way to commemorate Victory in Europe Day, this just might be it.

A 92-year-old female ex-World War II pilot took to the skies Thursday in honor of the 70th anniversary of VE Day, celebrating the final defeat of Nazi Germany.

Joy Lofthouse flew through crystal-clear skies in a Spitfire fighter plane, just like the one she piloted in 1945 as a member of the British Air Transport Auxiliary. The ATA played a critical role in the British war effort by transporting Royal Air Force and Royal Navy planes between factories, maintenance units and the front lines, the BBC reported.

From the looks of it, she had a fabulous time.

The BBC captured the nonagenarian's memorable flight in footage that showed the wisdom of the expression: "You're only as old as you feel."

After the flight, which proceeded without incident, Lofthouse came in for a smooth landing.

The allied victory in Europe during World War II can often seem very far away. But, as Lofthouse's flight should remind everyone, the events of that era are still well within living memory. As every year passes, there will be fewer and fewer stories like Lofthouse's to celebrate, but the triumph of humanity, exemplified by her and her generation, is something that must never be forgotten.