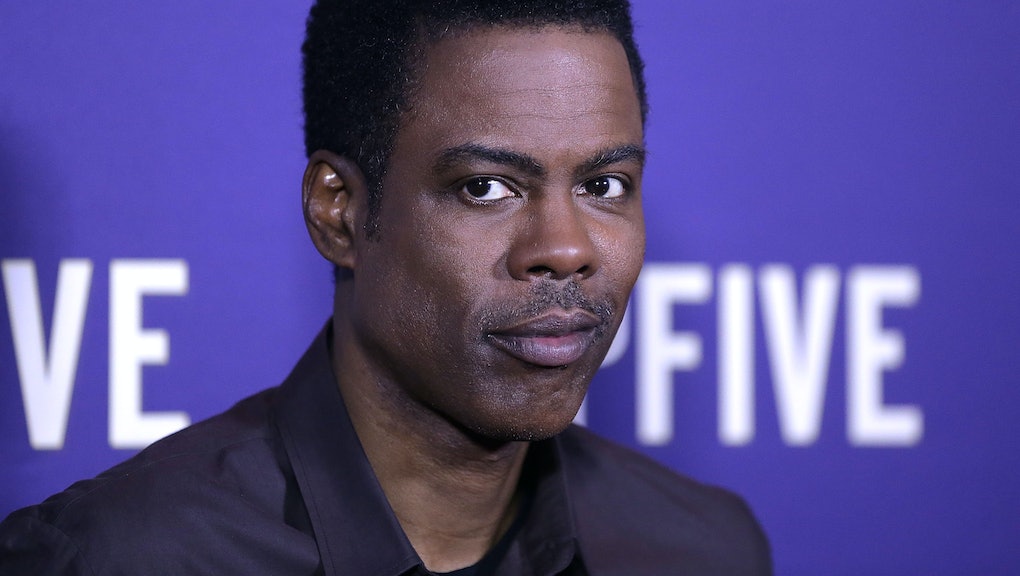 In One Perfect Quote, Chris Rock Destroys the Hypocrisy of Police Violence in America

For the first time, famous comedian Chris Rock weighed in on the controversy surrounding the death of Baltimore man Freddie Gray.

In a sweeping interview with the Guardian's Hadley Freeman, Rock discussed the police killings of unarmed black men and what it's like for his daughters to grow up in an America with a black president.

Rock was quick to point out that police brutality against minorities hasn't gotten worse, but has grown more visible thanks to more intensive media coverage and widespread video documentation of questionable incidents. In the sharpest part of the interview, Rock also offered a pessimistic view of the future.

"It's not that it's gotten worse, it's just that it's part of the 24-hour news cycle," Rock said. "What's weird is that it never happens to white kids. There's no evidence that white youngsters are any less belligerent, you know? We can go to any Wall Street bar and they are way bigger assholes than in any other black bar.

"But will I see cops stop shooting black kids in my lifetime? Probably not."

When Freeman asked about the news of six Baltimore police officers being charged in connection with Gray's death, Rock said "I am kinda surprised, and you know, unfortunately it may have something to do with the black mayor and the black police chief and all that stuff. But, hey, charged and convicted are different — so we'll see."

On that note, Rock is right to be wary — the officers' attorneys are already demanding that the charges be dropped or that U.S. Attorney Marilyn J. Mosby be taken off the case due to alleged conflicts of interest.

Finally, Rock said he was relieved he had daughters instead of sons, who he thinks would be more likely to be the victim of police violence. He added that seeing a black man in the White House would be good for his daughters' generation.

"It's not really my kids who are affected — it's white people's kids," he said. "It's white people who have made progress. To call it 'black progress' suggests we deserved everything that happened to us: The kids my kids grow up with won't have a hard time picturing my daughters in an executive capacity — that's progress, you know what I mean?"

Hopefully Rock is wrong that the U.S. will make little progress on its severe problems with police accountability in the near future, but what evidence is available suggests he is right to be gloomy.

According to the site Killed by Police, which tracks corporate news reports of incidents in which nonmilitary law enforcement kills a person across the country, 2015's tally is 409 dead — more than putting the U.S. on track to hit or exceed 2014's total of 1,100 killed.