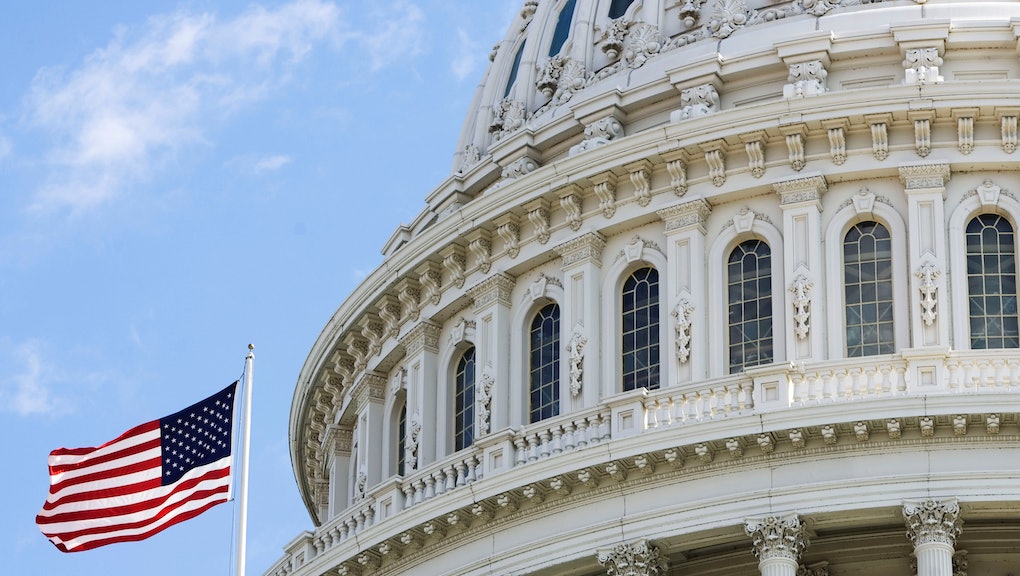 Is America a plutocracy? According to a 2014 study from Princeton University professor Martin Gilens and Northwestern University's Benjamin Page that examined close to 2,000 public opinion surveys, the answer may be yes. Gilens and Page found that while the opinions of everyday Americans rarely seemed to significantly influence decisions by Congress, those of the rich and interest groups did.

Now, nonpartisan group Represent.us has explained Gilens and Page's research in a series of animated charts accompanied by narration. In an ideal world, the video's creators argue, public support for an idea would more or less correlate with the probability of it becoming law. But the study found that public opinion pretty much hovers at a consistently low level of influence, regardless of how many citizens support or hate a proposal.

The key quote from Gilens and Page's research is animated below:

But while average Americans seem increasingly unable to influence how they are actually governed, economic elites — the wealthy and influential — have a much greater chance of influencing legislators, as seen in the chart below.

"Almost every major issue we face as a nation can be traced back to this graph," the narrator says.

It's not just the rich as a class, either. As Represent.us points out, big businesses and interest groups, which spend large amounts of money on lobbying, get lavish rewards from our increasingly corrupt government. For a few billion dollars in lobbying costs, these large and wealthy organizations get trillions of dollars in subsidies and special treatment thrown back at them.

As Mic wrote previously on Gilens and Page's study, this kind of corrupt influence "might explain why mandatory background checks on gun sales supported by 83% to 91% of Americans aren't in place, or why Congress has taken no action on greenhouse gas emissions even when such legislation is supported by the vast majority of citizens." When Congress judges policies not on their merits as measured by the preferences of average citizens but by how much money each side is throwing at the issue, the result is something that looks a lot like an oligarchy, with all the problems that come with plutocratic governance.